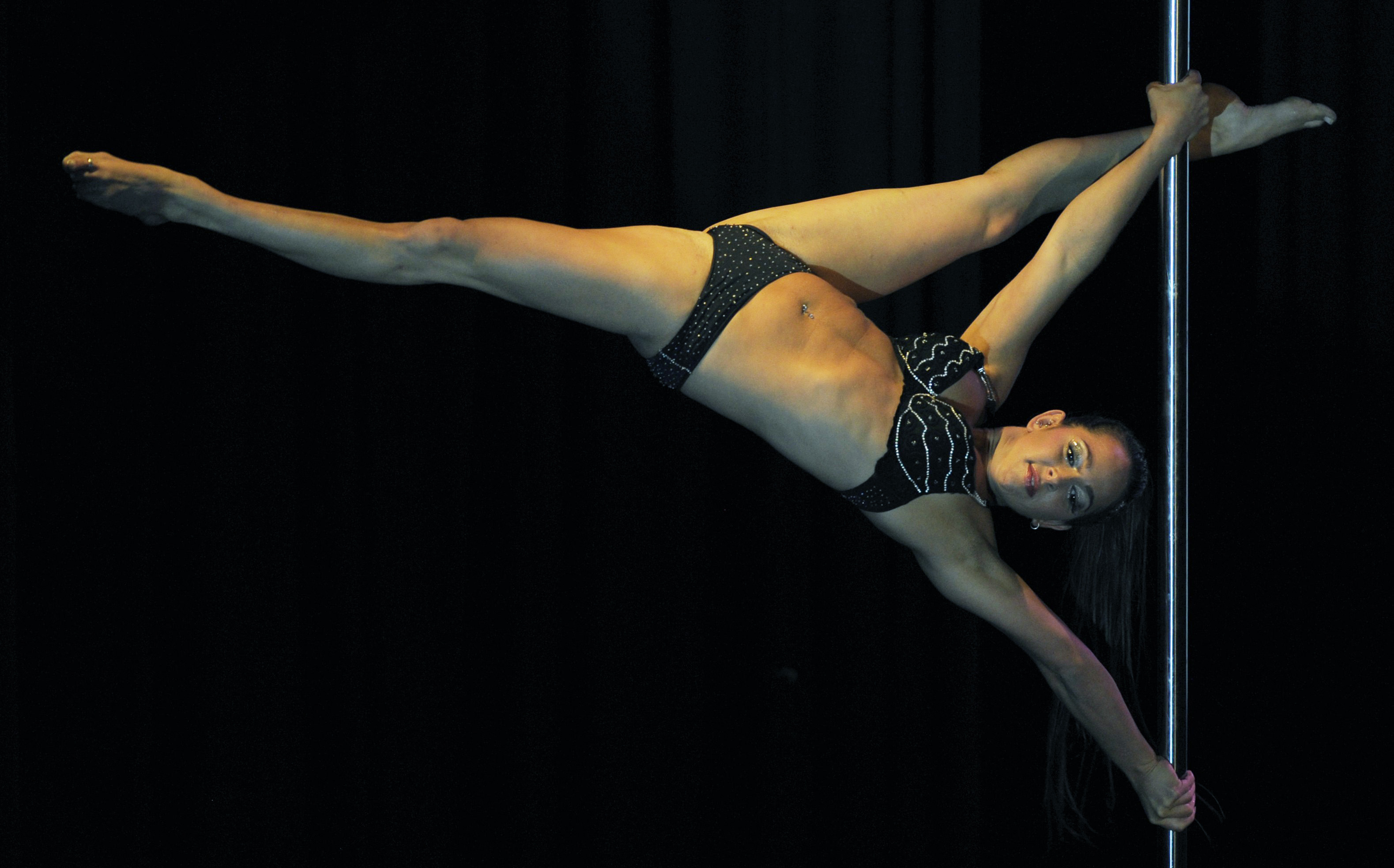 The criteria for being considered a new Olympic sport is certainly evolving.

In 2009, the IOC deemed golf, rugby and women's boxing as worthy additions - but popular sports such as baseball, softball and karate were nixed.

Now another "sport" is staking its claim as Olympic caliber - pole dancing.

The campaign to get pole dancing into the Games has been in the works for a couple of years. But now, according to the Washington Post, the Pole Fitness Association and other like-minded groups are circulating petitions to get the dance form in the 2012 London Games.

Pole dancing may conjure up images of strip clubs but these days it's more about health clubs. The sensual dance is now commonly called "pole fitness" or "vertical dance" and according to the AFP, there are more than 500 pole dancing fitness studios across the U.S. Indeed, serious pole dancers arguably have athletic chops similar to some Olympic gymnasts.

"Nowadays there are very few who are training to perform in a strip club," Anjel Dust, an organizer at the California Pole Dance Championships, recently told LA Weekly. "It's all about fitness or competitions. There is no longer the stigma. I think pole dancing is being seen more as an art form."

That may well be true but how seriously will the IOC take someone named Anjel Dust? Pole dancing -- with its connotations of seedy night clubs and half-naked women - is still more Las Vegas than London. Other than a name change, pole fitness (or vertical dancing) may have to find another way to tone down its sexy past to make the Games.

While it's likely too late to get into the 2012 lineup, the pole fitness petition boasts over 6,000 signatures. It's worth noting that women's boxing got the IOC approval after petitioning the committee and that sport is not immune to sex-appeal controversy. Right now, organizers are deciding whether female boxers will make their Olympic debut in miniskirts.