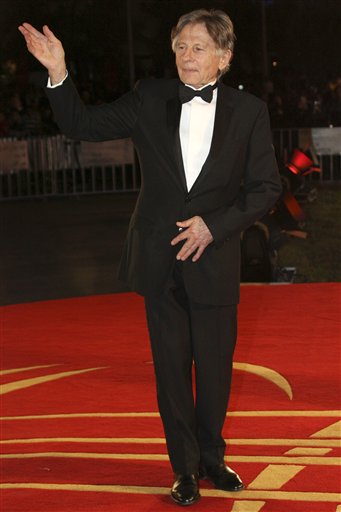 Film director Roman Polanski agreed to pay his sexual assault victim $500,000 to settle a lawsuit 15 years after he fled the United States, according to court documents provided to media outlets Friday.

Polanski and the victim, Samantha Geimer, reached the deal in October 1993. The terms of the settlement were confidential, but the amount was disclosed in court documents because of a two-year struggle to get Polanski to pay.

Court records do not indicate if Polanski, now 76, ever paid. The last court filing in August 1996 shows Polanski owed Geimer $604,416.22, including interest.

Polanski was accused of plying Geimer, then a 13-year-old girl, with champagne and part of a Quaalude pill during a modeling shoot in 1977 and raping her. He was initially indicted on six felony counts, including rape by use of drugs, child molesting and sodomy.

Polanski pleaded guilty to unlawful sexual intercourse and a judge sent him to prison for a 90-day psychiatric evaluation. However, he was released after 42 days by an evaluator who deemed him mentally sound and unlikely to offend again.

The judge responded by saying he was going to send Polanski back to jail for the remainder of the 90 days and that afterward he would ask Polanski to agree to a "voluntary deportation." Polanski then fled the country the night before he was scheduled to be sentenced, Feb. 1, 1978.

Polanski, who won an Academy Award for best director for "The Pianist," was arrested last weekend in Switzerland on a fugitive warrant in the case.

Geimer, who long ago identified herself, sued Polanski in December 1988 when she was 25 years old, alleging sexual assault, intentional infliction of emotional distress and seduction. She has since joined in Polanski's bid for dismissal and has forgiven him.

In a December 1995 filing, Silver said "defendant has failed to pay any part of the sum due or the interest due on the attached note." Silver added that he talked to Finkle, who agreed Polanski was in default.

Silver then sought some of Polanski's earnings by canvassing Hollywood for his wages. Among those who were contacted about Polanski were the Directors Guild of America, International Creative Management, Warner Bros. Inc. and Sony Studios.