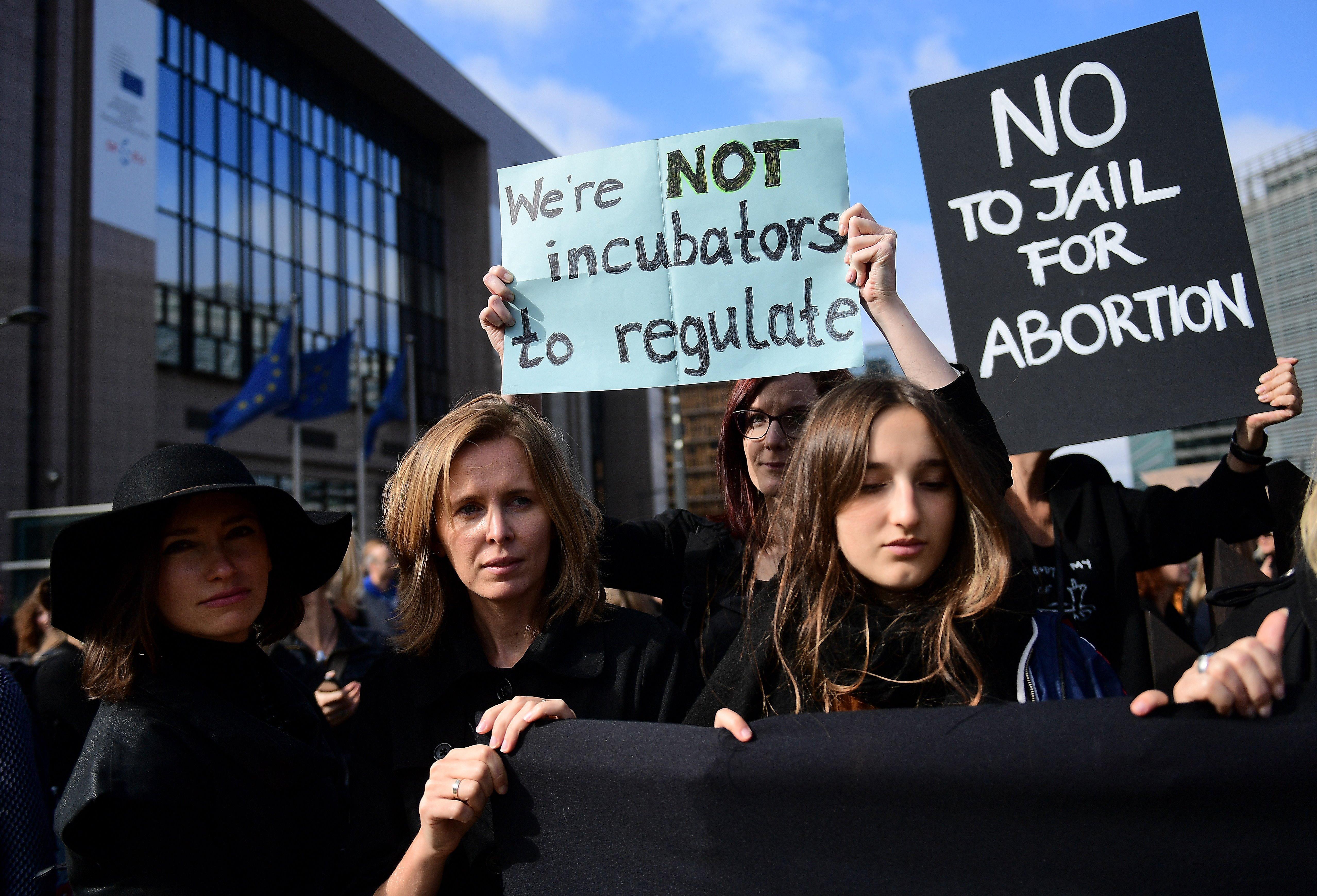 Jaroslaw Gowin, the minister of science and higher education, said the protests by women have “caused us to think and taught us humility.”

The comments appear to indicate that Poland’s conservative leadership will withhold support from the highly unpopular proposal to ban abortions, even in cases of rape, incest or when the mother’s life is at risk.

The right-wing government, led by the Law and Justice party, is also under international pressure not to move forward with the idea, with a debate scheduled later Wednesday in the European Parliament on the situation of women in Poland.

Poland already outlaws abortions, with exceptions made only for rape, incest, badly damaged fetuses or if the mother’s life is at risk. In practice, though, some doctors, citing moral objections, refuse to perform even legal abortions.

Polish women seeking abortions typically get them in Germany or other neighboring countries or order abortion pills online.

Still, he voiced support for a ban on abortions of fetuses with Down Syndrome, something now allowed.

“They are wonderful children, very much loved by their parents, very loving parents, bringing a lot of warmth and a lot of love into a home. I am a great opponent of killing such children,” Karczewski said.

An anti-abortion initiative gathered 450,000 signatures in support of the total abortion ban. A parliamentary commission is now analyzing it. Lawmakers voted against considering a separate initiative for a more liberal abortion law.

The matter has led to mass protests by women, the largest on Monday when thousands of women turned out dressed in black. Many also boycotted work and classes.