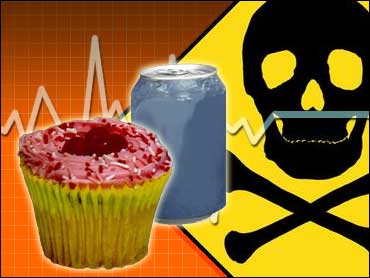 A couple has been accused of trying to kill the mayor of a Kansas City suburb and her husband with poisoned soda and cupcakes sent through the mail.

They're accused of mailing poisoned food to the home of their neighbors, Mayor Stephanie Eickhoff and James Eickhoff, a lieutenant in the Wyandotte County Sheriff's Office.

The mayor said her family received the package in late April. Inside, she said, was a card addressed to her, her husband and their three children, ages 6, 8 and 14.

The state has evidence linking Trout and Ozuna-Trout to the package, which contained a 2-liter bottle of soda and cupcakes spiked with chemicals including lye and antifreeze, prosecutor Nick Tomasic said.

Tomasic said the seal on the bottle was broken and the cupcakes obviously were tainted.

Defense attorney Kevin Baldwin said he believes the evidence against his clients is circumstantial and won't be enough for a conviction.

The two families have been embroiled in an ongoing feud for several years, including lawsuits filed by each, the mayor said.