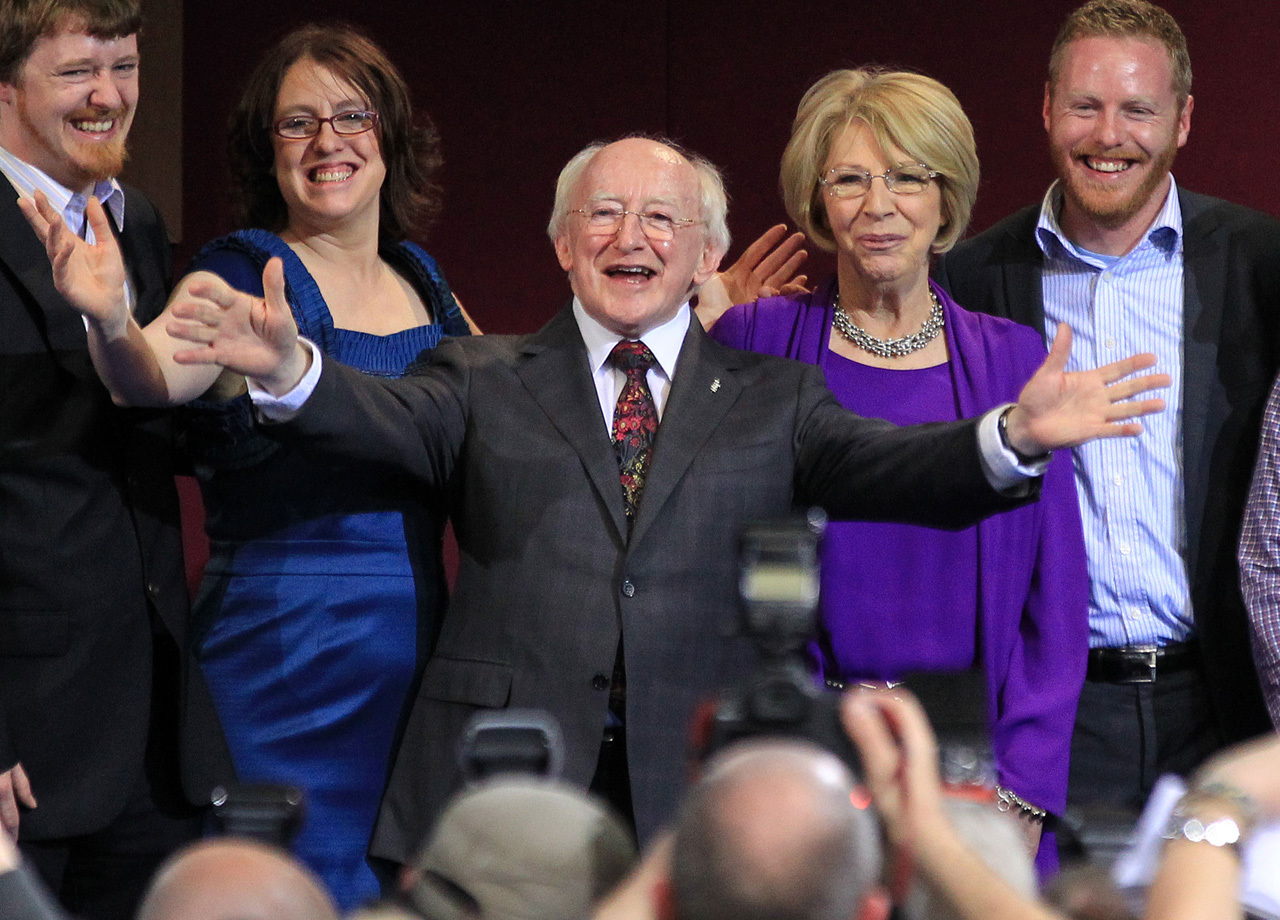 Saturday's result capped a two-day count of ballots to determine who would succeed Mary McAleese as Ireland's ceremonial head of state.

Higgins' victory was assured after partial results Friday gave him an unassailable lead versus six other candidates, who conceded defeat.

He is a senior figure of Labour, the junior party in Ireland's coalition government. He also is a published poet.