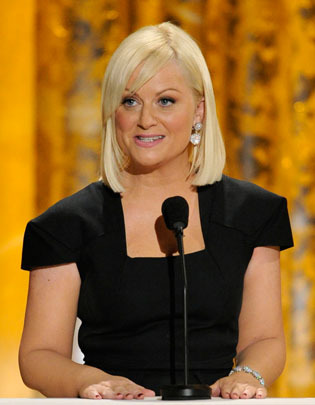 The "Saturday Night Live" star will address graduates and their families in Harvard's Tercentenary Theater on May 25, the day before commencement, according to the University.

"Senior Class Day" gives the graduates one last time to come together before graduating.

"We wanted someone people would recognize, who could give a funny and engaging speech," Senior Class Marshal Toby Stein, chair of the subcommittee that chose this year's speaker, told the Harvard Gazette.

Poehler, a Boston College graduate, currently stars in the NBC comedy series "Parks and Recreation." She has also appeared in the 2004 comedy "Mean Girls," making her an ideal choice for Harvard's "Class Day."

"'Mean Girls" is an icon of our generation," Stein said. "We are all big fans of SNL too. We're really excited to have Amy speak on Class Day."