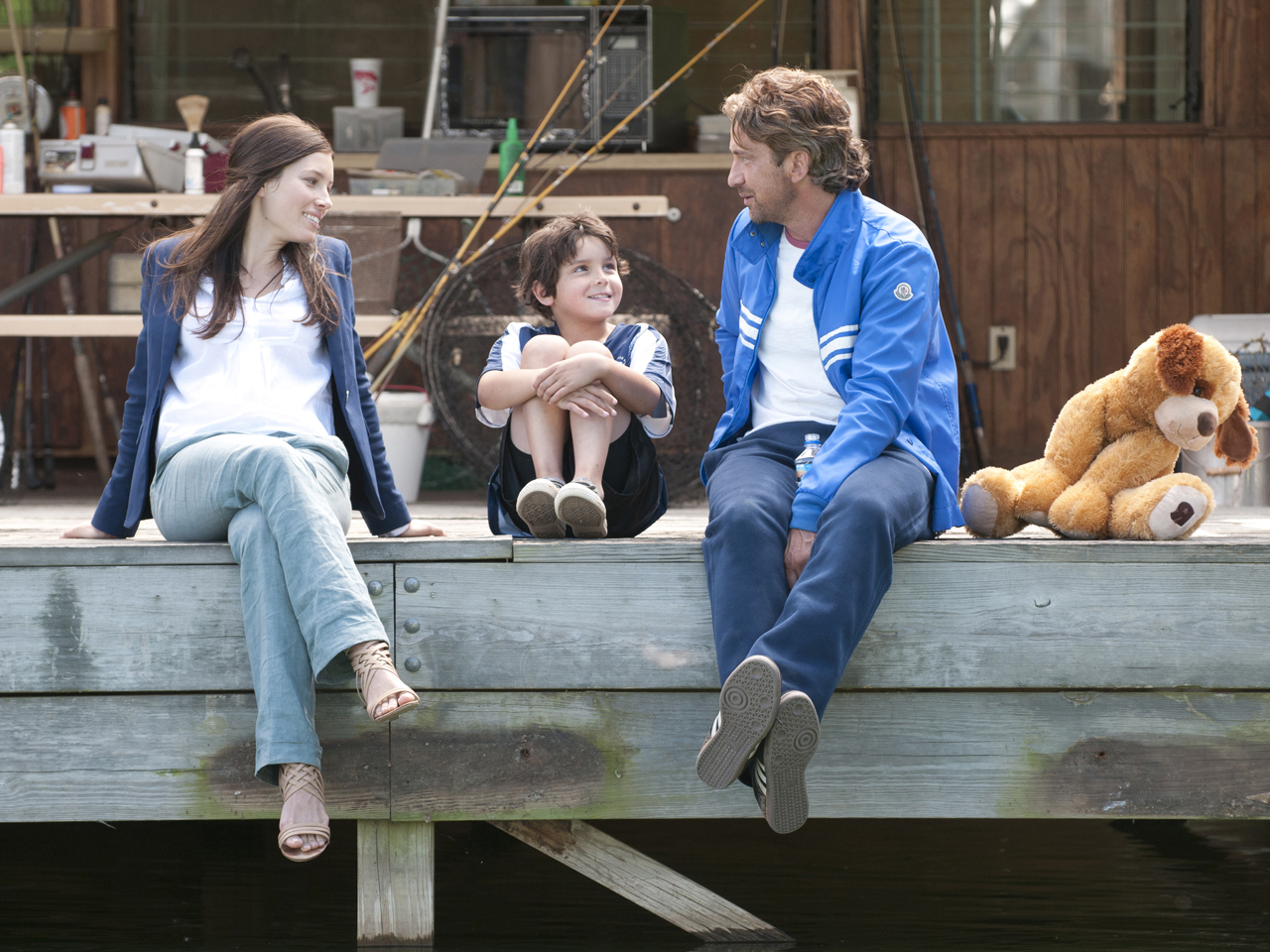 Gerard Butler, Jessica Biel, Uma Thurman, Catherine Zeta-Jones and Dennis Quaid hit the big screen this weekend in "Playing for Keeps," a romantic comedy about a washed-out soccer star, played by Butler, who returns home to get his life in order. He ends up coaching his son's soccer team, and while doing so, faces a few challenges and has to balance the "soccer moms" who pursue him.

Critics aren't thrilled with Butler's latest, to say the least. "Playing For Keeps" has a 0 percent rating on Rotten Tomatoes. Roger Ebert of The Chicago Sun-Times describes it as "a film that's pretty much from the assembly line."

Here's what others have to say about the star-heavy film:

Kyle Smith of The New York Post gave it a half star: "'Playing for Keeps' is one of those movies that comes 'straight from the heart' -- the heart of the hack screenwriter's manual that pushes formulaic structure to cover up a lack of compelling characters, genuine emotion or actual humor. This is an excellent way to get your script approved by studio execs who think the public can't tell the difference between an 'actual movie' and a 'rancid piece of garbage.'"

A.O. Scott of The New York Times: "Sometimes the movie swerves toward farce, sometimes into the zone of smiley family comedy and at other times into full-on weepiness. None of it is especially credible or engaging."

Wesley Morris of The Boston Globe: "Gerard Butler could be a bigger deal. But his swagger doesn't amount to anything. He plays too many losers and slobs and men only other men would want to marry -- men who don't shave, and who wear sweat pants and care only about being a man. Butler barks yet never bites. He's all pounded hand greetings and leather jackets and thumb rings. But he has no danger or darkness, only the faint air of a hangover. His appeal is meant as irony: Ladies, this beery, chauvinist sports nut loves you. This is modern movie stardom, and it's depressing: the romantic lead who could also be selling us body spray."

Christy Lemire of The Associated Press: "It is truly baffling that all the talented, acclaimed actors involved actually read this script and then agreed to devote their time to this movie, especially given its uncomfortably flagrant misogynistic streak. Judy Greer, Catherine Zeta-Jones and Uma Thurman couldn't possibly need work this badly. And yet, here they are as soccer moms shamelessly throwing themselves at Gerard Butler and his tousled, manly mane."

Claudia Puig of USA Today: "The shenanigans of randy soccer moms and their obnoxious blowhard husbands are intended as comic relief. But the sappy plot of this formulaic romantic comedy is just as silly as its inane attempts at farce."