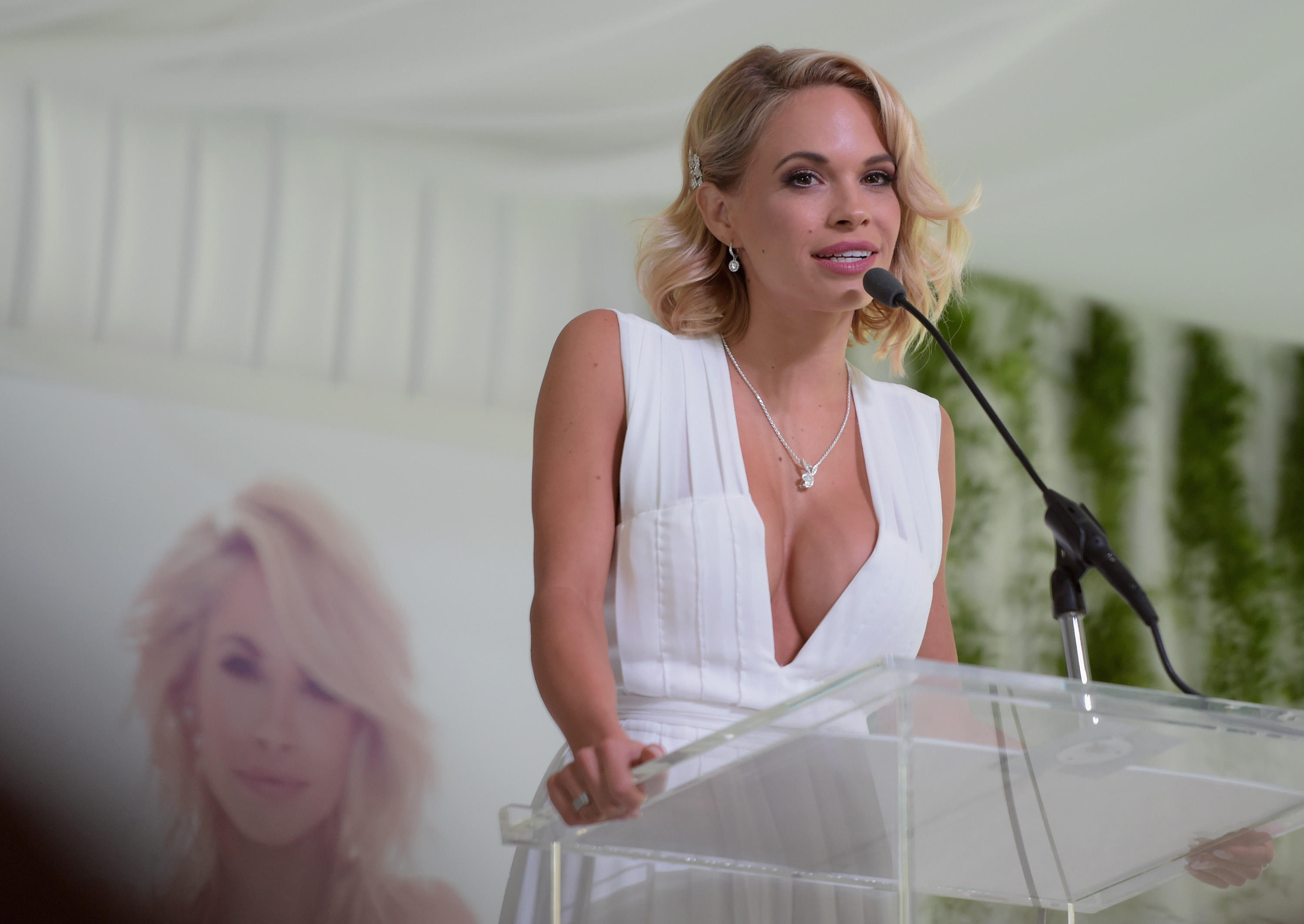 LOS ANGELES -- A Playboy model who acknowledged taking a photo of a naked, 70-year-old woman in a locker room and posting it on social media with insulting comments about the woman’s body pleaded not guilty Monday to a misdemeanor count of invasion of privacy.

Defendant Dani Mathers, 29, was not in court when her attorney entered the plea on her behalf, City News Service reported. She was not required to attend.

“She apologized for her behavior and we’re looking forward to resolving this case in a very fair manner,” he said.

If convicted, Mathers could face up to six months in jail and a $1,000 fine. A pretrial hearing was set for Dec. 21.

Mathers, who was Playboy’s Miss May in 2014, was roundly criticized online after she shared a photo on Snapchat in July showing the naked, 70-year-old woman. The picture caption read: “If I can’t unsee this then you can’t either.”

“Body shaming is humiliating, with often painful, long-term consequences,” said City Attorney Mike Feuer, CBS Los Angeles reported. “It mocks and stigmatizes its victims, tearing down self-respect and perpetuating the harmful idea that our unique physical appearances should be compared to air-brushed notions of `perfect.’

“What really matters is our character and humanity,” he said. “While body shaming, in itself, is not a crime, there are circumstances in which invading one’s privacy to accomplish it can be. And we shouldn’t tolerate that.”

Shortly after the photo was posted, Mathers apologized, writing on her Twitter account, “I’m sorry for what I did. I need to take some time to myself now to reflect on why I did this horrible thing.”

In another post, she wrote, “This was a huge mistake and I’m so sorry. I understand that this was wrong and I will do everything in my power to show you.” In another, she indicated that she did not mean to post the photo publicly, only send it to a friend.

The gym, LA Fitness, reported the posting to police and revoked Mathers’ membership. Detectives began investigating after the LAPD received a report of “illegal distribution” of the image, police Capt. Andrew Neiman said after the photo became public.

“Her behavior is appalling and puts every member at risk of losing their privacy,” Jill Greuling, an LA Fitness executive vice president, said at the time.

The person in the photo was identified only by her age and it was not clear if she knew she was being photographed.