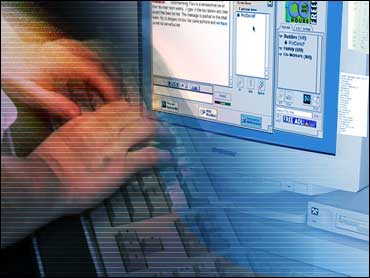 From Elvis fans to supporters of a presidential hopeful, Meetup.com is bringing together people with a common interest, taking the talk out of the chatroom and back into the real world.

It was at a crowded 2001 opening of the movie, "Lord of the Rings" that 31-year-old Scott Heiferman found himself surrounded by strangers, yet inspired by a sense of community.

That experience and others led him to launch Meetup.com, an Internet venture in which people with shared interests meet online to plan offline gatherings in their own communities.

"I think people involved in the Internet were obsessed with this idea that the Internet was global," said Heiferman, Meetup's co-founder and CEO. "They loved the idea that you could now be best friends with a fellow Chihuahua owner in the United Kingdom. ... Well, what about grabbing a beer, grabbing coffee, having a gathering of the Chihuahua owners in town?"

The site was launched in June 2002 with $1.25 million in startup money. The company, with its staff of 16 people, is "turning the corner right now on profitability," Heiferman said, and succeeding in ways he and his co-founders hadn't imagined.

Democratic presidential contender Howard Dean's campaign was the first to tap into Meetup's networking potential in a high-profile way, using it to mobilize supporters around the country after a staffer noted that political candidates were a popular topic on the site.

Supporters of congressional and statewide candidates also have plugged into the site's potential.

Stirring such political power was not something Heiferman had expected.

"The closest thing we thought about is we said, 'Oh it could be (used) for an issue, like campaign finance reform advocates,"' he said.

He is quick to point out that political groups are only a fraction of what draws people to Meetup, and topics range widely, from knitting to the burlesque to raising grandchildren.

The site works like this: Visitors pick a topic, then enter their zip code to see if there's a face-to-face meetup at a public venue near them. If there is, they must register (for free) to obtain the time and location of the meetup; at least five people must sign up for a meetup to take place.

There is a fee to be listed as a Meetup site, one of three revenue sources for the New York-based company. Money also comes in from organizations that benefit from a link to Meetup, and from users who opt to pay for a membership with more features.

Meetups on a particular topic occur on the same day in communities all over the world. For instance, the Elvis Meetup Day is the first Tuesday of the month at 7 p.m. local time for each city involved.

"That's the genius of Meetup, to help people find connections," said Lee Rainie, director of the Pew Internet and American Life Project, a nonprofit research organization that looks at the Internet's social impact.

"The Internet is a fantastic social and communication tool, but it doesn't yet give you the pleasure of a true face-to-face meeting," he said. "The most important social relationships need to be nurtured in the real world."

The site started with 400 topics picked by the Meetup staff; now there are more than 2,350 subjects, with users suggesting new ones every day. They run the gamut from interest in the Flat Earth Society to the Freemasons. Meetups take place in 604 cities in 45 countries, and the company says it has more than 774,000 registered users.

Other than a prohibition on topics about sex, or those that could be discriminatory and hurtful, "the bar to have a meetup topic isn't all that high," said Myles Weissleder, the company's vice president of communications. The topics, however, must be sufficiently broad.

"We can't slice and dice topics too much because it would cannibalize it," he said. "We have Elvis meetups; we don't have skinny Elvis meetups versus fat Elvis meetups."

Kathy Gregersen, 46, an office worker in Amarillo, Texas, used Meetup to get in touch with other hockey fans in her area, especially those who followed the local leagues. She was glad to find a site that, in effect, did all the organizing work.

"I've wanted to find a way for the hockey fans in our area to meet up aside from hockey games, but it was too much work," she said.

Kevin Kedzierski, 56, an electrical engineer in Tonawanda, New York, hosts his area's Elvis meetup. It's been so successful that he and some of those he met want to arrange an Elvis festival in the Buffalo area.

"It's a good way to meet friends," he said. "We just keep coming, and we just have fun."