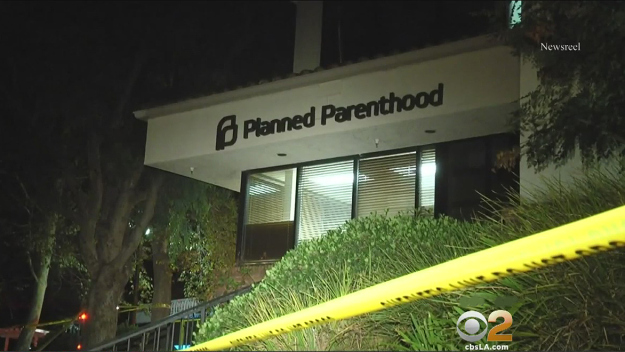 Officials say nobody was hurt in the blaze reported late Wednesday at the office in Thousand Oaks.

CBS News' Steve Futterman, who reports that the FBI and ATF have been informed of the suspected arson, posted photos from the scene on Twitter:

Upon their arrival, firefighters located flames burning at the location caused sprinklers to turn on within the building, which were able to extinguish the small fire, CBS Los Angeles reports.

Investigators consider the blaze suspicious in nature. County Fire Capt. Mike Lindbery says one of the building's windows was smashed in.

Officials say there was likely more damage from the sprinklers than from the fire itself.