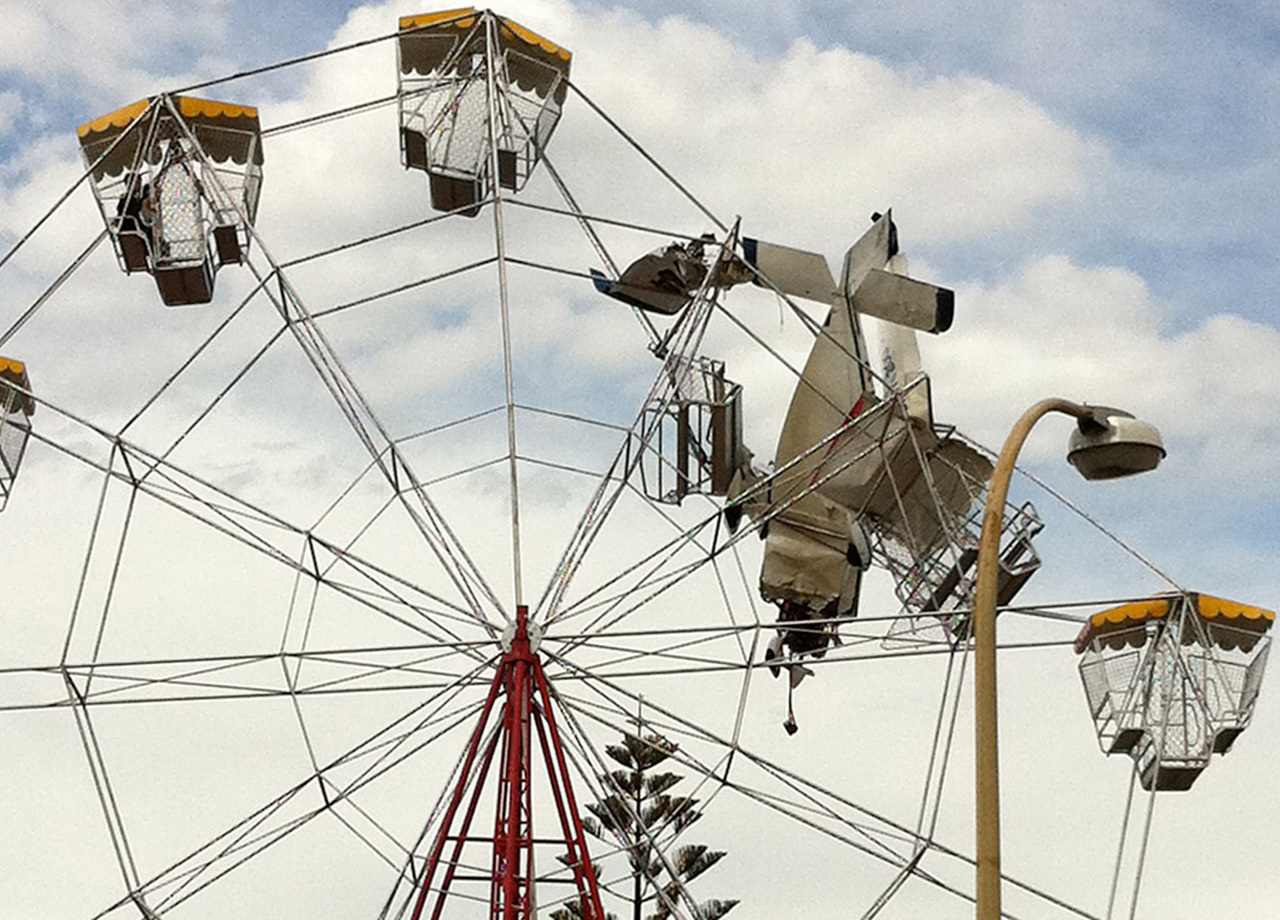 CANBERRA, Australia - An ultra-light plane crashed into a Ferris wheel at a rural festival in eastern Australia on Saturday, trapping two children on the ride and two people in the aircraft for hours. There were no serious injuries.

The Cheetah S200 carrying two men did not topple the Ferris wheel when it hit the frame near the top on the first morning of an annual three-day festival at Old Bar, a coastal village 220 miles north of Sydney, New South Wales Rural Fire Service spokesman Ben Shepherd said.

Two children — a 9-year-old boy and a 13-year-old girl — where trapped in a carriage at the top of the wheel near the wrecked plane for 90 minutes, a police statement said.

The 52-year-old pilot and his 32-year-old passenger were trapped inside the mangled aircraft more than 30 feet above the ground for almost three hours, police said.

Shepherd said rescuers used a crane to free the four.

"Thankfully, everyone was taken down and were able to walk away from it," Shepherd said.

The pilot, Paul Cox, said he did not see the Ferris wheel before his plane hit it.

"The next thing I knew, I was stopped inside the Ferris wheel," he said. "I had no idea for a few minutes and I was just hoping no one got hurt."

Witnesses said the Ferris wheel was full of children minutes before the crash. But because of impending rain, only five had dared to take the final ride, said a festival organizer, who gave his name only as Terry.

"The kids were fantastic," said Brett Campbell, a paramedic at the scene. "They were so calm and so well-behaved and very brave. And so were the two gentlemen in the plane. They were just the best patients we could ever hope for, and the best thing about it, no one really had any injuries."

Fizal Meah, a witness, said one of the children in a carriage below the area of impact was struck by debris and was left distraught but uninjured.

Local resident Gary Jones said his 9-year-old twin sons were among the last to ride the Ferris wheel before the crash.

Police and air safety investigators were are the scene Saturday.

The plane had just taken off from a nearby airstrip when it crashed, Meah said.