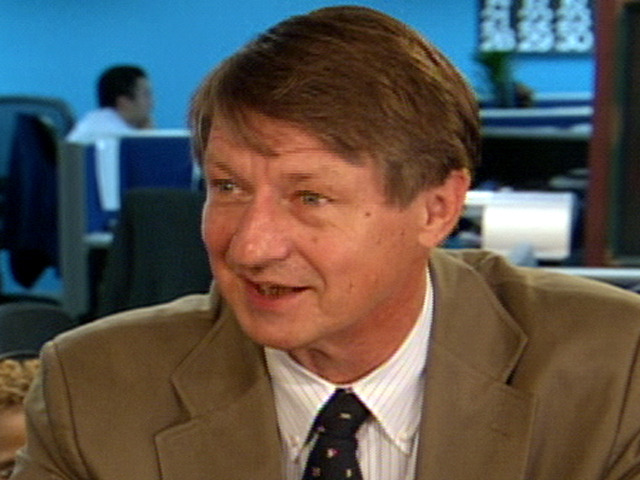 When Washington Unplugged moderator Bob Orr sat down with political satirist and author P.J. O'Rourke on Friday, he paused briefly, not knowing whether or not he could say O'Rourke's latest book's title "Don't Vote: It Only Encourages the Bastards" on air. Orr might have been slightly worried, but O'Rourke didn't seem too concerned.

"I think when you call politicians bastards, considering the other things you could call them, I think we're safe," O'Rourke said.

O'Rourke is the author of 14 books, and his latest focuses in part on why Americans vote. "I'm trying to remind Americans that we don't vote to elect great men; they're not that great," O'Rourke said. "We vote to throw the bastards out."

Throwing "the bastards" out has been a common theme so far in the midterm election primaries, with many incumbents seeing their re-election dreams disappear. The former "Rolling Stone" writer approves. "I think it's a really healthy sign," O'Rourke said. He goes on to say that the book is not anti-incumbent, but more of a book against the growth of politicization in American society.

"We're making politics a part of everything," O'Rourke said. "And here's the danger in that. We've all been on committees. The minute somebody joins a committee...they immediately suffer from committee brain. They become wildly over-enthusiastic, over optimistic, over pessimistic. Committees turn people into idiots and politics is a committee."

A committee that, according to O'Rourke, has more limitations than it would like to admit; especially when it comes to cleaning up the Gulf of Mexico.

"We cannot vote that oil away," O'Rourke said. "There is a limit to what we can do here. Of course, there are things we could do politically. I mean, should we be better organized in getting the Coast Guard to coordinate with that wonderful agency FEMA who was so successful during Katrina?"

Satire is the name of the game for O'Rourke, and that game will continue on Oct. 5, 2010 when "Don't Vote: It Only Encourages the Bastards" is slated to hit shelves.

Watch the full interview above, as well as a discussion with CBS News National Security Analyst Juan Zarate about global headlines of the week.