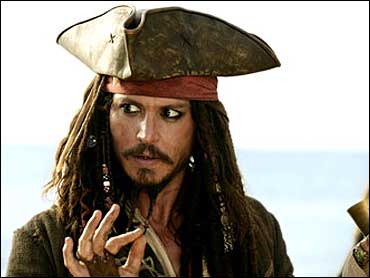 NEW YORK (CBS) Captain Jack Sparrow is back to his crazy antics as he throws back some rum and steers his ship into 'stranger tides' with the fourth installment of the "Pirates of the Caribbean" films.

Walt Disney and Jerry Bruckheimer are bringing back the kooky yet lovable captain, played by Johnny Depp, but this time he will be joined by zombies, mermaids as well as Spanish beauty Penelope Cruise in "Pirates of the Caribbean: On Stranger Tides."