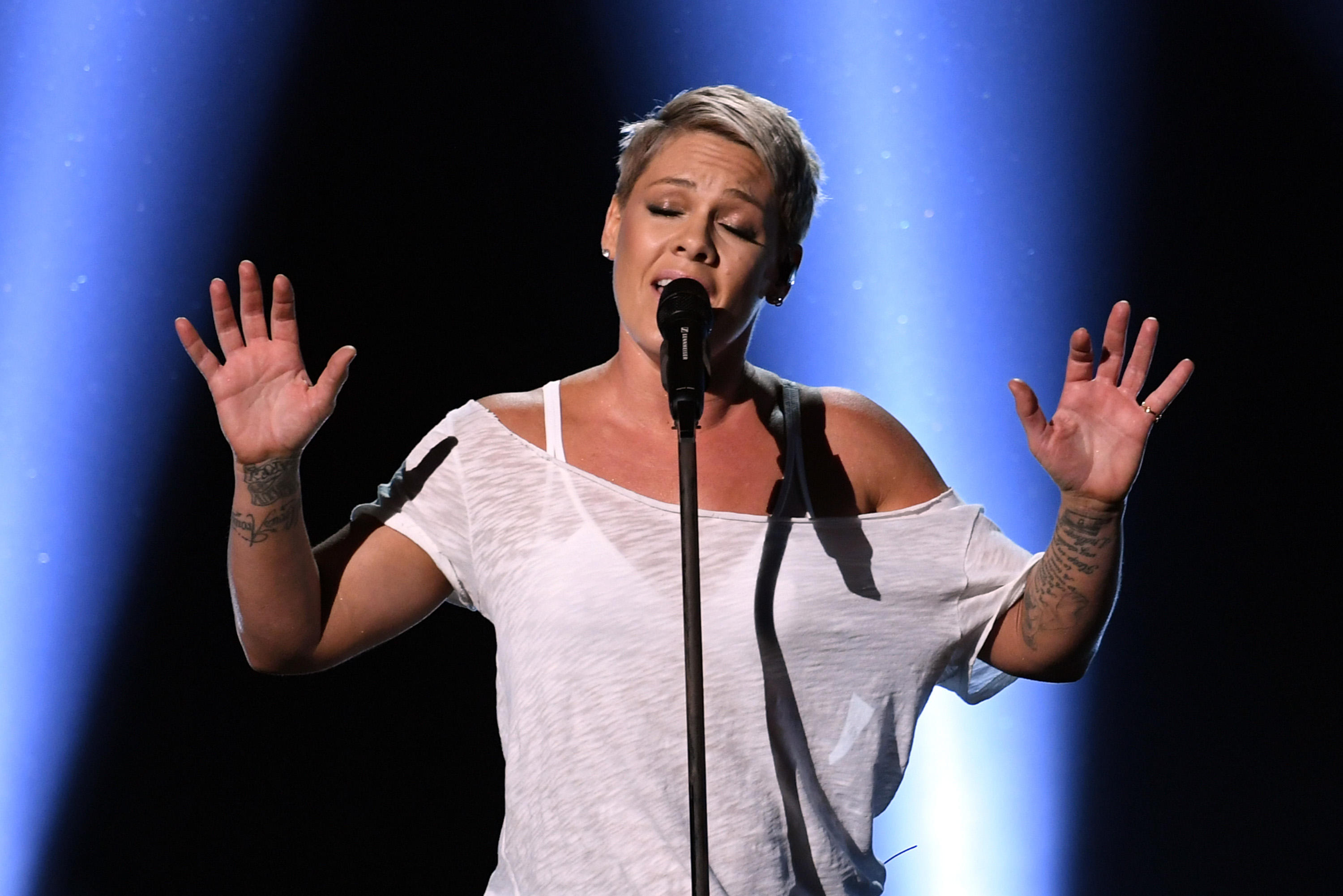 LOS ANGELES — Pink is on the cover of People magazine's beauty issue, along with her two young children. The singer has openly critiqued society's beauty standards before and discussed how she refuses to succumb to pressure to change her aesthetic.

The magazine has rebranded its "Most Beautiful" issue as "The Beautiful Issue" and features dozens of celebrities, including some posing with their best friends, their rescue pets and without makeup.

People Editor-in-Chief Jess Cagle says the magazine adopted the approach to "make clear the issue is not a beauty contest." Cagle says Pink was chosen after editors saw photos of the singer with her children, 15-month-old son Jameson Moon and 6-year-old daughter Willow Sage.

Last year at the MTV VMAs, where Pink received the Vanguard Award, she told a story about how her daughter called herself the ugliest girl in school and that she looked like a boy.

She said she told her daughter, "They say that I look like a boy or I am too masculine, too many opinions, my body is too strong ... do you see me changing the way I present myself to the world? 'No, mama.' Do you see me selling out arenas around the world? 'Yes, mama.' ... So baby girl, we don't change." Pink gave a shoutout to her daughter who was in the audience and said, "And you my darling girl are beautiful and I love you."

In the People article, Pink offers her thoughts on parenting and says she believes in giving affection and letting her son and daughter know that they can count on her and her husband, motocross racer Carey Hart.

"My parents obviously did not believe in that and I worked out okay," the singer told the magazine. "I always tell Willow, 'I'm going to teach you the rules so that you'll know how and when to break them.'"

In October, Pink talked to CBS "Sunday Morning" and said that though she's known for her aerial stunts during performances, she is very protective of her children.

"The worry was the part I wasn't prepared for," she explained of parenting. "That's the part they don't tell you about. I admire the parents that don't worry and that are just like, 'It was only ten stairs.'"

Among the men featured in the issue are Jimmy Kimmel, Drake, Lin-Manuel Miranda and Olympic figure skater Adam Rippon.

The issue is on newsstands Friday.