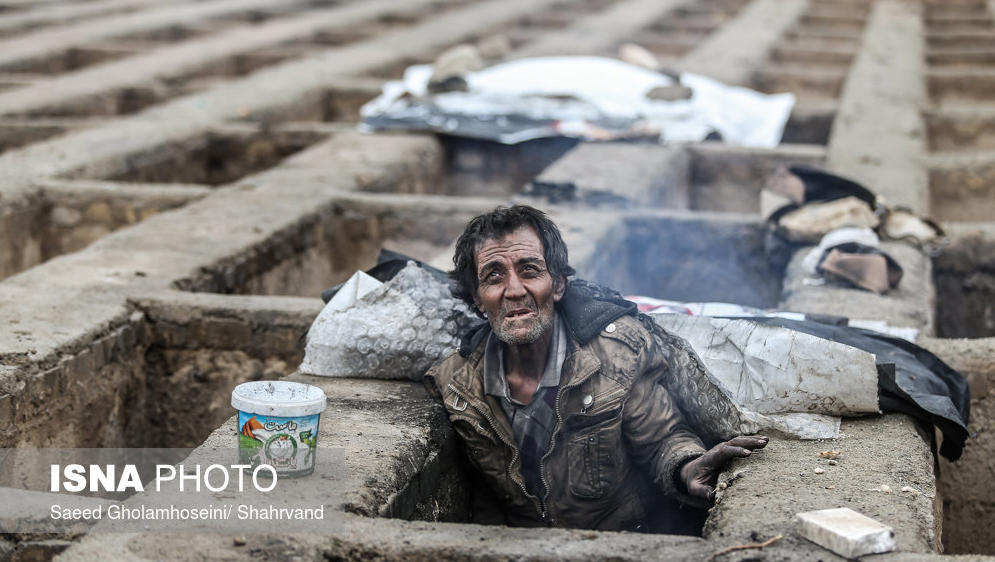 TEHRAN, Iran - Photographs of homeless people sleeping in empty graves outside Iran’s capital shocked even the country’s president on Wednesday, and pointed to the continuing economic struggles gripping the nation.

The images by Saeed Gholamhoseini were shot in Shahriar, some 12 miles west of Tehran, and published in the Shahrvand daily, a Persian-language newspaper, which said some 50 men, women and children, many of them drug addicts, live in the cemetery.

In one of the images published this week, a grime-streaked man rises out of a grave, smoke from a fire providing warmth inside rising around him. Others gather for warmth, smoking.

Even in Iran, where unemployment runs high and its currency has fallen drastically against the U.S. dollar, the photos have struck a nerve.

Oscar-winning film director Asghar Farhadi, upset by the images, wrote an open letter to Iranian President Hassan Rouhani. In it, he suggested officials should go out in disguise into the communities they represent to see what life is really like.

“Today, I read a shocking report about men, women and children who are living in graves of a cemetery near Tehran in these cold nights and now I am full of shame and have tears in my eyes,” Farhadi wrote.

Rouhani himself responded Wednesday to both Farhadi and the images.

“We had heard some poor and homeless people are sleeping in cartons or under bridges, but we hadn’t heard about them sleeping in tombs!” he said.

Rouhani said the government cannot accept seeing the homeless living in such conditions.

His comments come ahead of Iran’s presidential election in May, in which Rouhani is expected to seek a second four-year term.