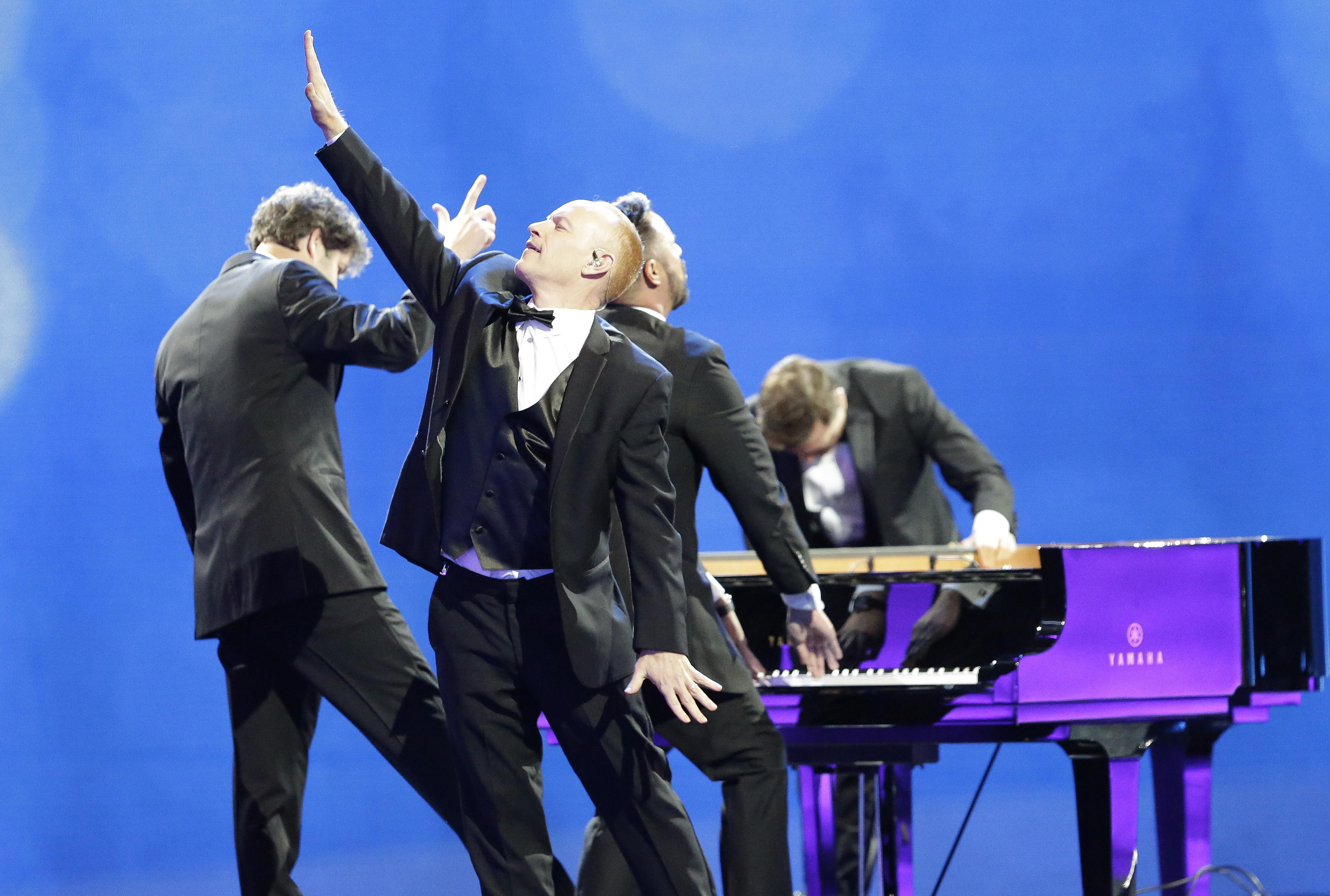 The performers at one of President Donald Trump’s inaugural balls performed a rendition of the song that became the rallying anthem for Hillary Clinton’s presidential campaign -- and the original artist of the song isn’t thrilled.

The Piano Guys, a group that performs covers, played “Fight Song” at one of the numerous inaugural balls in D.C. Friday night. Rachel Platten, who wrote and originally performed “Fight Song,” objected to the performance on Twitter.

“While I respect the office of the President and the peaceful transition of power, I want to make clear that at no point did the Piano Guys ask for my permission, nor did I or anyone on my team know of, or approve or endorse their decision to play Fight Song tonight,” Platten tweeted.

Platten’s song was a frequent fixture of Clinton rallies on the 2016 campaign trail, and she even participated in a star-studded remake of the song that premiered at the Democratic convention last summer in Philadelphia.

The Piano Guys, who performed both at the inaugural ball as well as the Thursday night concert at the Lincoln Memorial, played more than just “Fight Song” -- they also performed a rendition of One Direction’s “What Makes You Beautiful.”

(The songwriter for the One Direction song also expressed his displeasure at his song being used for Mr. Trump’s inauguration, saying the fact that it was played “to celebrate a man who stands for divisiveness and bigotry breaks my heart.”)

The Piano Guys responded to Platten, saying their use of the song at Friday night’s performance “had nothing to do with Hillary Clinton or politics.”

“Our performance tonight … had nothing to do with Hillary Clinton or politics,” the group said in a statement. “We chose to perform our version of ‘Fight Song/Amazing Grace’ - it was not endorsed by Rachel Platten. We love Rachel and we love her song.”