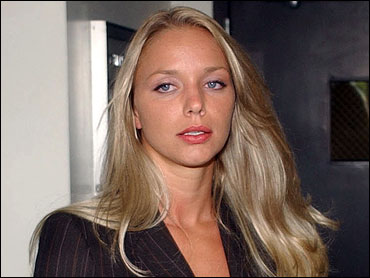 (AP)
Pamela Rogers Turner, who had a sexual relationship with a 14-year-old boy, is shown being led from court in McMinnville, Tenn., Aug. 11, 2005.

NEW YORK (CBS) Why are some female teachers infatuated with their young male students?

Deb Lafave, Pamela Rogers Turner, Mary Kay Letourneau and many others; they've all served time for having sex with their underage students. Their stories are as outrageous as they are disturbing.

Lafave allegedly had sex with a 14-year-old student in the back of a car while the boy's 15-year-old cousin was driving.

Turner, a small town physical education teacher, had sex with a 13-year-old student in the middle school gym and later became so obsessed with the boy that she was returned to jail after repeatedly sending him sexual text, photos, and video.

Mary Kay Letourneau is probably the most unusual case. She married and had two children with the boy she went to prison for raping when he was 12. They are still together.

But while these cases often make for water cooler chat, they also raise serious moral questions about how we view sex and gender.

Should female teachers be punished as harshly as their male counterparts for similar deeds? Do the boys view themselves as victims? If they don't, should we?

Not everyone agrees on the answers. Certainly the parents of the boys in these cases felt strongly enough to pursue criminal cases against the teachers. What do you think?