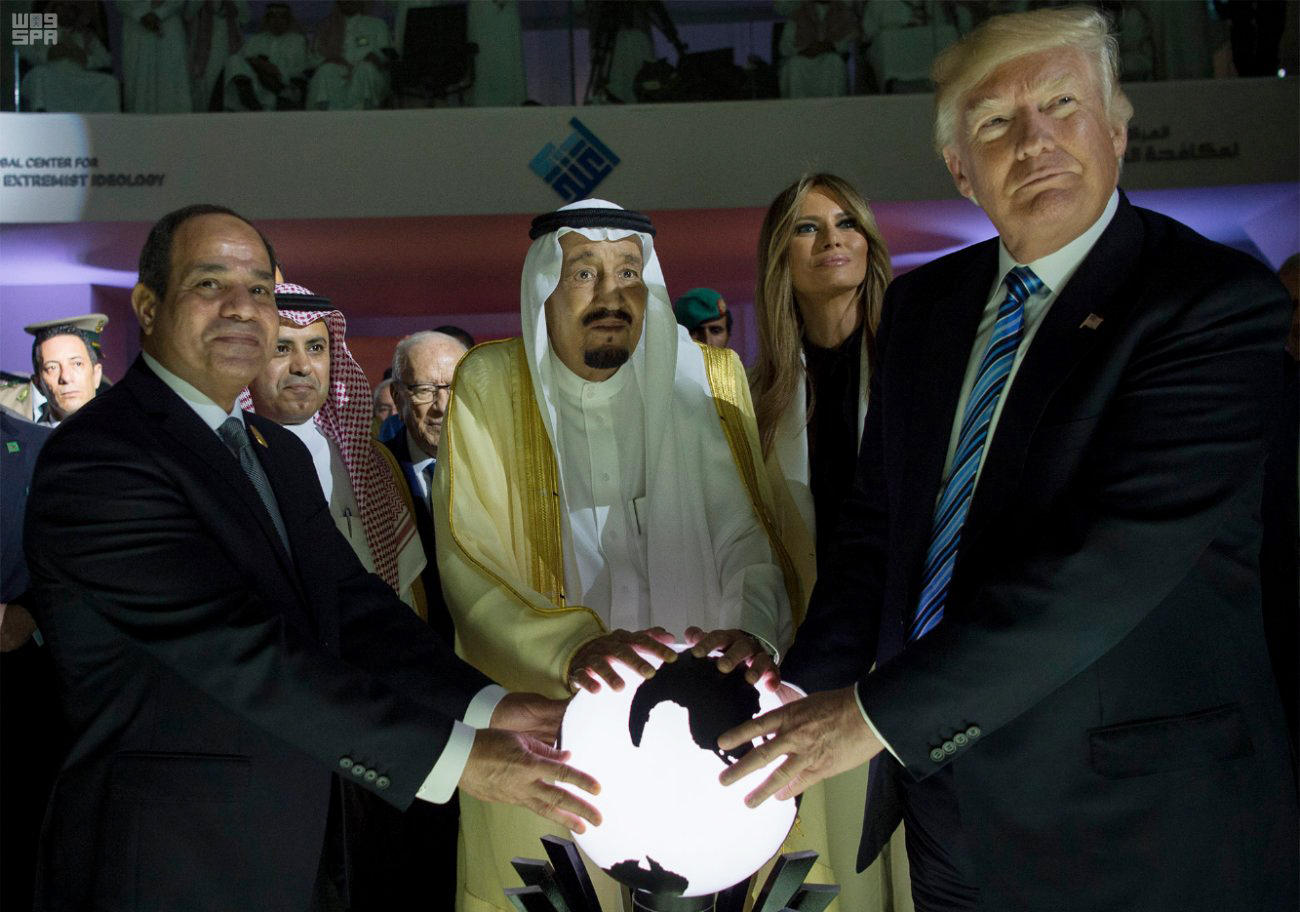 A photo of President Trump touching a glowing orb with King Salman of Saudi Arabia and President El-Sisi of Egypt is getting a lot of reaction on social media.

The story behind the globe, according to the Washington Post, is that the president, along with his Saudi and Egyptian counterparts, touched it as they inaugurated the Global Center for Combating Extremist Ideology in Riyadh. As dramatic music played, they approached the orb—which was actually a lit-up globe—under the cover of darkness with an entourage of men in traditional Saudi dress.

Once the three leaders (and the first lady) put their hands on it, the music soared and the floor lit up, exposing dozens of Saudi men working on computers and triggering a video introduction describing the work of the anti-terrorism center in both English and Arabic.

One reporter present described the design as akin to a "hybrid of a game-show set and a television thriller's idea of a counterterrorism operations control room," according to The New York Times.

Those in attendance immediately began to applaud the "complicated system of systems" and listened intently to an unnamed official in the room describing the center in more detail. Those witnessing the moment online, however, had decidedly less serious reactions, which they wasted no time in sharing.

Some social media users drew parallels between the photo and scenes from famous films, referencing Lord of the Rings, Star Wars, The Wizard of Oz, and even Space Jam.

Conservative writer Bill Kristol—who has been a harsh critic of the president—took part on Twitter, posting the photo with a quote from "Macbeth": "Double, double toil and trouble; Fire Burn, and caldron bubble."

Despite its appearance, it seems that the orb was merely decorative and not at all magical.