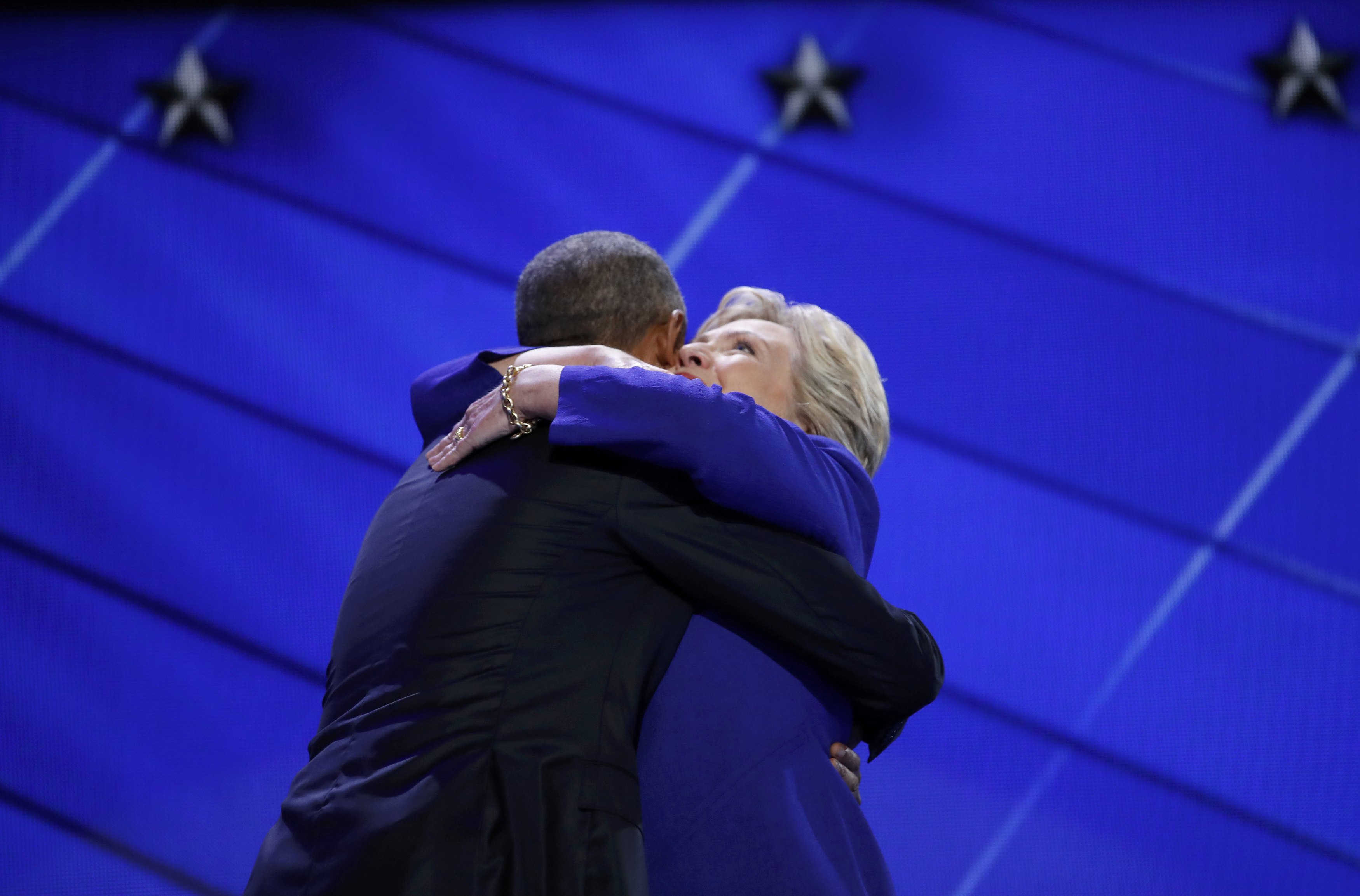 A photo that Hillary Clinton's campaign shared on Instagram showing her embracing President Obama at the Democratic National Convention in Philadelphia on Wednesday has become the most-liked photo from either candidate, according to reports.

Clinton surprised the convention when she walked on stage after the president's speech Wednesday and she hugged Mr. Obama.

According to Yahoo News, the previously most-liked campaign photo on the platform showed Donald Trump eating McDonald's french fries and a Big Mac with a diet Coke on a private jet in May.

The top moment on Twitter on Thursday was when Clinton questioned Trump's temperament and questioned whether he's qualified to serve as commander in chief if he's easily provoked on social media.