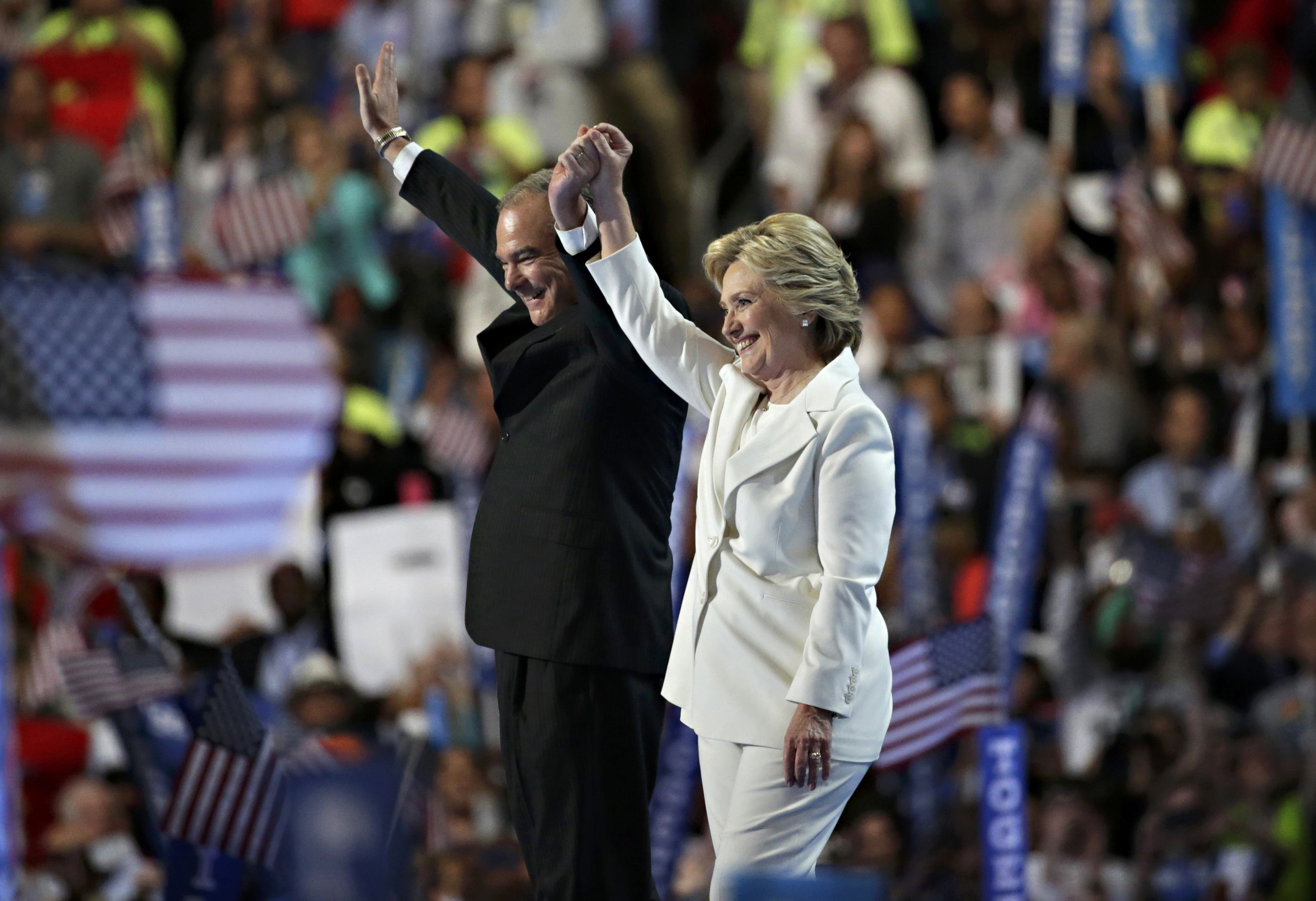 PHILADELPHIA -- Hillary Clinton capped off the final night of the Democratic National Convention with an hour-long speech -- part autobiography, part attack on opponent Donald Trump -- as she made history as the first female nominee for a major party. Social media was quick to take note.

According to Twitter, the top moment of the concluding convention night came when Clinton questioned whether Trump's temperament disqualified him from the White House: "A man you can bait with a tweet is not a man we can trust with nuclear weapons," she said, drawing thunderous applause and a multitude of Twitter mentions.

"A man you can bait with a tweet is not a man we can trust with nuclear weapons." -Hillary

The second-most tweeted moment of the national convention was also a slap at Trump: "Here's the sad truth: There is no other Donald Trump. This is it."

Clinton's conclusion of her address was the third-most tweeted moment.

There were other speakers who were also popular on Twitter throughout the evening,in the top slots, Clinton's daughter, Chelsea. In third was Khazir Khan, the Muslim father of U.S. Army Captain Humayun Khan, who was killed in 2004 in the Iraq War. He spoke movingly of his son and also insulted Trump, suggesting that he had never read the Constitution.

Fourth on the list of most mentioned speakers was Katy Perry, who sang one of Clinton's most oft-played campaign songs, "Roar."

Clinton also topped the charts when it came to Google searches: