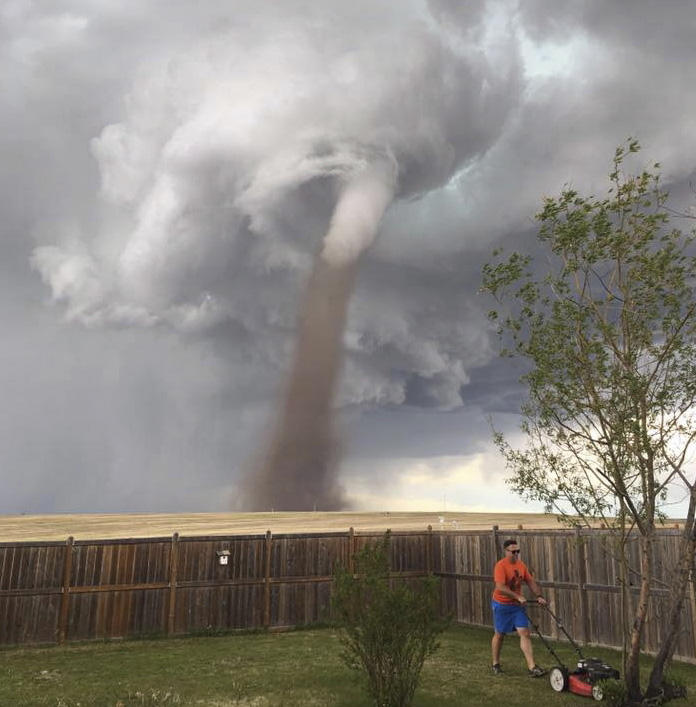 THREE HILLS, Alberta -- A photograph of a Canadian man mowing a lawn with a tornado swirling behind him has caused a bit of a storm on social media.

Cecilia Wessels snapped the picture of her husband, Theunis, on Friday as the twister passed near their home in Alberta.

She says cutting the grass was on her husband's to-do list, and as he started the task, she went for a nap.

Wessels says she was woken by her daughter, who was upset that there was something like a tornado in the sky, but her father wouldn't come inside.

Theunis Wessels says the tornado was actually much farther away than it appears in the photo and it was moving away from them. He says he was keeping an eye on it.