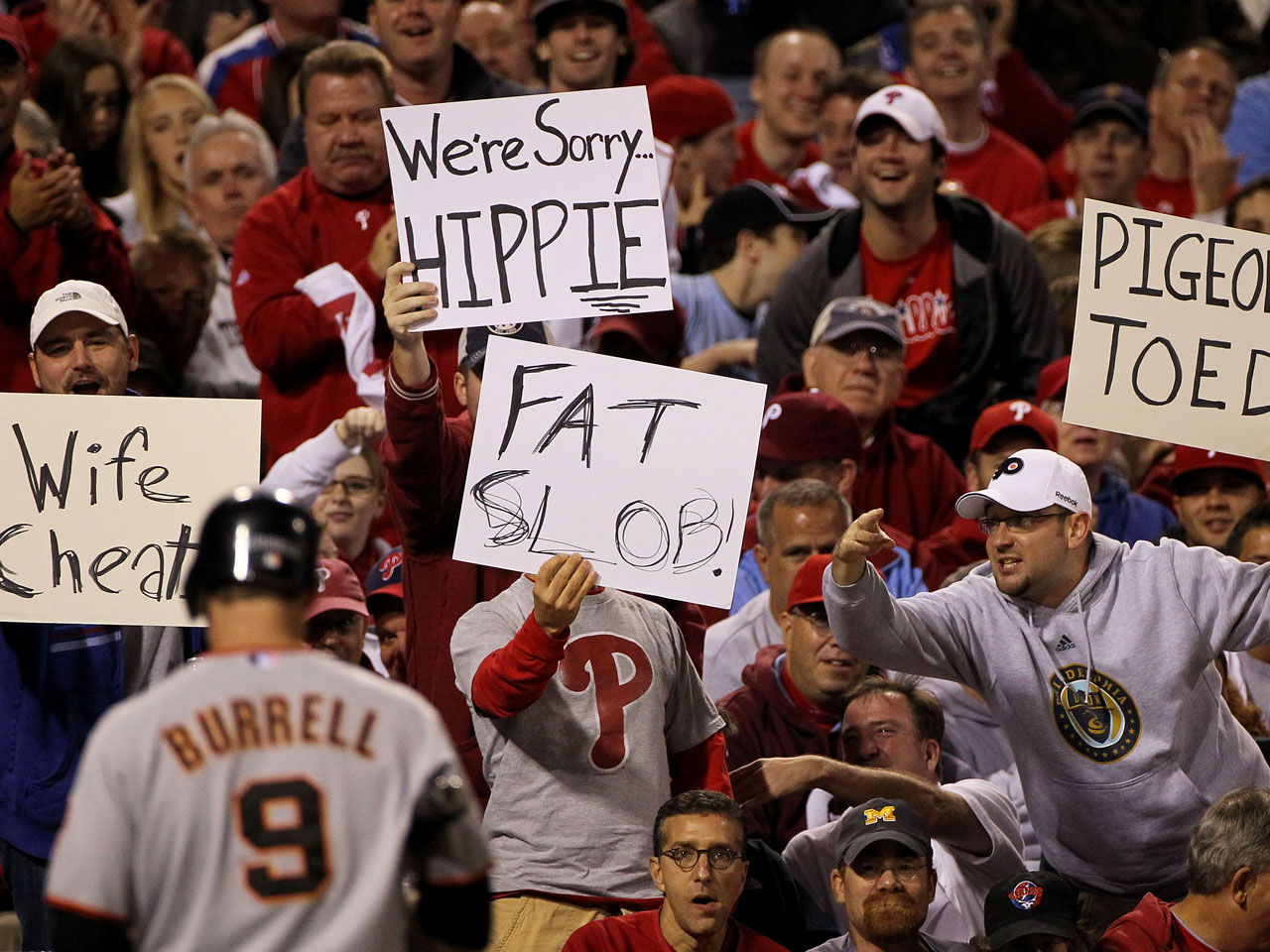 The latest edition of GQ Magazine named Philadelphia Phillies fans the "meanest in America." The evidence? Booing Santa Claus, vomiting on innocent girls, and gettingtased on the field, to name a few incidents.

But at least Phillies fans are the most loyal.

So says a study by Facebook's data team, which crunched the numbers on a wide range of social networking behavior such as clicking the "like" button for a team or posting comments about a game, according to the San Jose Mercury News.

According to the survey, which looked at millions of Facebook members around the world, Phillies' fans were the least likely to root for any other other team. Also, roughly 60 percent of Philadelphia fans had Facebook friends that are also fans of the team.