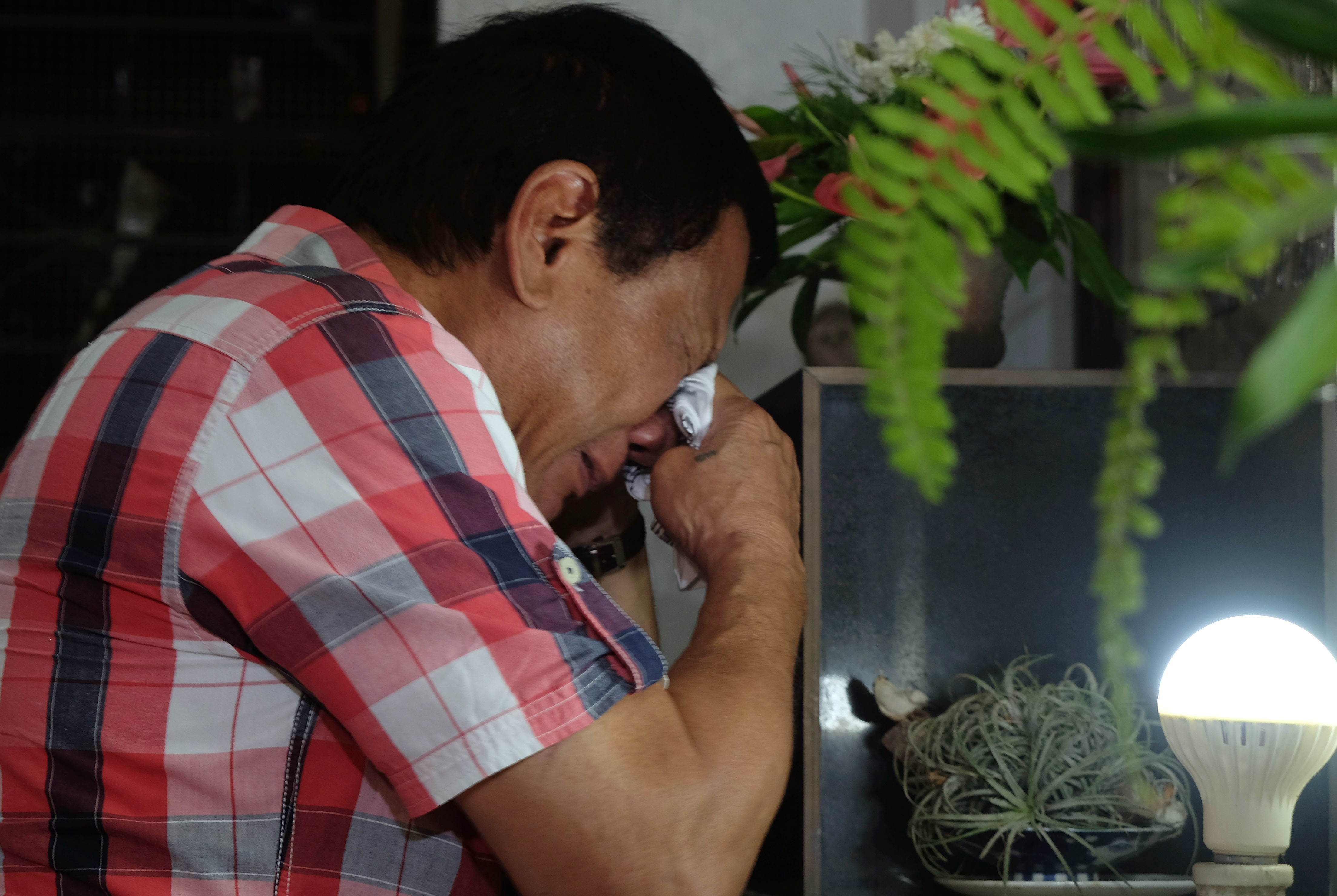 DAVAO CITY, Philippines -- Soon after it became apparent from election results that Rodrigo Duterte would be the next president of the Philippines, he drove at 3 a.m. Tuesday to a cemetery to visit his parents' tomb. And there he wept.

Gone was the rough, tough-talking, vulgar personality that voters had seen in stump speeches and campaign rallies over the last three months. At that moment it was an emotional son seeking blessings from his parents for a monumental task ahead. He had come a long way from being the problem child who often got into trouble and was even kicked out of school.

"Help me Mom," he said in the local Bisaya dialect as he sobbed quietly in front of his parent's tomb. "I'm just a nobody."

The display of emotion, caught on video and photos and posted on Facebook, showed a starkly different man from the Duterte that critics have dubbed a "butcher" for advocating the murder of drug traffickers and other criminals.

A former lawyer and prosecutor, Duterte has been the mayor of Davao city for 22 years. Monday's presidential election was his first foray into national politics.

The brash Duterte, who has been compared to U.S. Republican presumptive nominee Donald Trump, has threatened to close down Congress and form a revolutionary government if legislators stonewall his government.

His campaign manager says the brash image, the obscene jokes, the outlandish promises that became the Duterte persona were a strategy to attract voters.

If it was a game, the crowds certainly played along, despite the risque jokes. One of his most controversial statements was about an Australian missionary who was gang-raped and killed by inmates in a 1989 jail riot.

"I was angry because she was raped, that's one thing. But she was so beautiful, the mayor should have been first, what a waste," he said. When Australian diplomats protested, he told them to "shut up."

He has told people that at age 71 he needs Viagra to perform with his mistresses because he is separated from his wife. And on occasion, he has referred to both outgoing Aquino III and Pope Francis as a "son of whore," a popular Philippine insult.

"Well that is his style in Davao, in every election. That's why he can capture the crowd for two to three hours, because he has this penchant for storytelling, cracking jokes and even laughing at his own self," Lavina said.

But one thing he was not joking about, Lavina said, was his promise to eliminate crime, one of the three "evils," along with corruption and poverty, that the Southeast Asian nation is battling.

Duterte has promised to butcher all criminal suspects including drug lords and dump their bodies into Manila Bay to fatten the fish. He does not deny that he ordered extrajudicial killings of suspected criminals as mayor.

When accused of killing 700 people, he countered that the figure was closer to 1,700.

Perhaps it is his brashness and politically incorrect behavior that appealed to voters fed up with years of forked-tongued politicians.

"People in Davao love him because he has one word, principles," Lavina said.

Duterte is a devout Christian, although he says he's no longer a Catholic. During the campaign, he alarmed the country's Catholic bishops by cursing Pope Francis for causing a monstrous traffic jam during a Manila visit last year that trapped him for hours. He later apologized.

That did not diminish his popularity in a country where about 80 percent of the 100 million people are Catholic.

His father was the governor of Davao province and his mother a schoolteacher. In one of his campaign speeches, he said his best friend was Jesus because whenever he did mischief his strict mother would make him kneel with arms outstretched in front of a statue of the crucified Christ.

On Tuesday, in the middle of the night, he went back to his mother. This time as the president-elect.