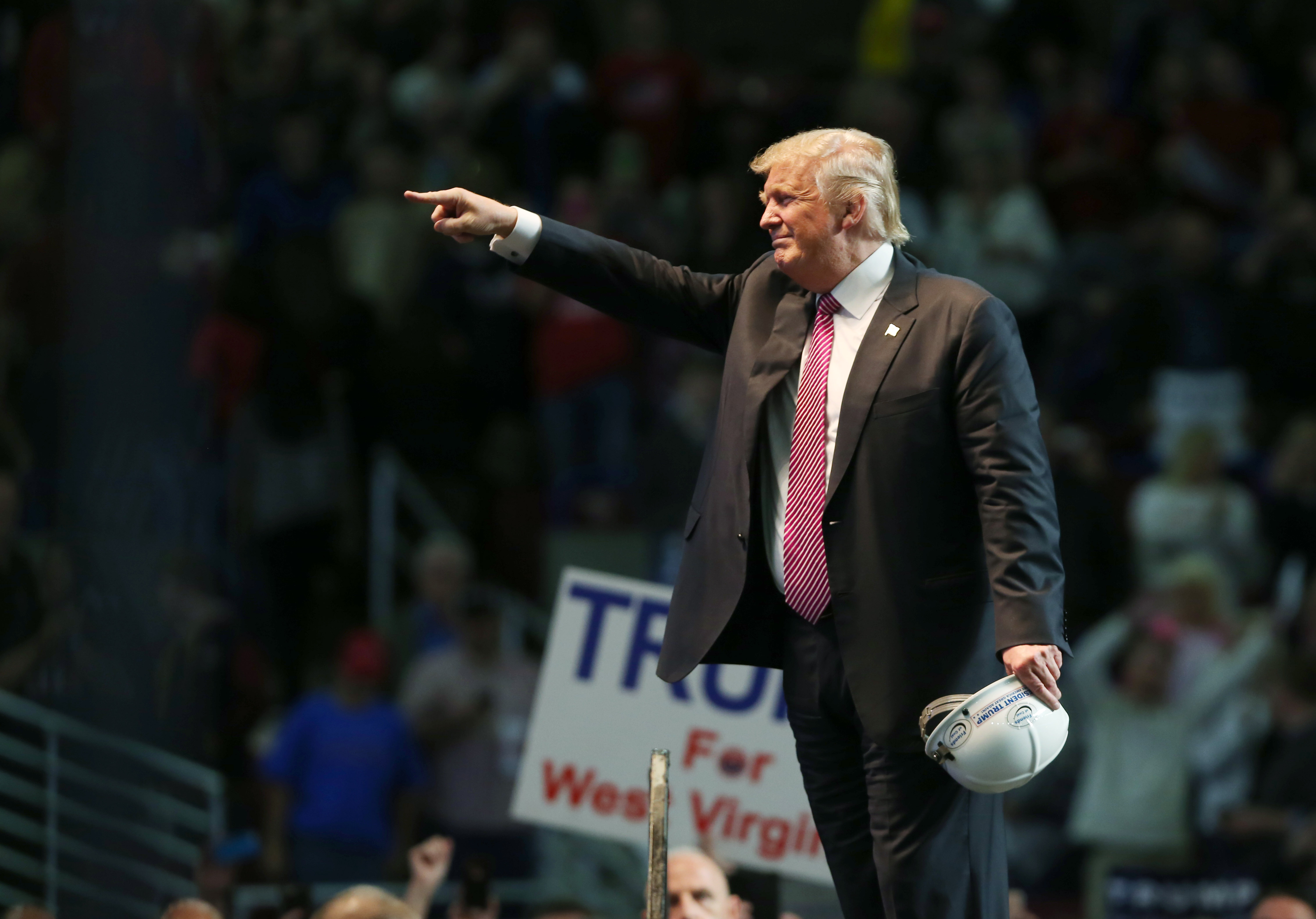 The thing about Donald Trump is that he probably doesn't need a vice president so much as a prime minister, a steady hand with some understanding of how to run a government. A Dick Cheney who could reassure the GOP that there was an adult in the room or, perhaps an Alexander Hamilton to tutor Trump and walk him through the ramifications of policy decisions.

Unfortunately for Trump, there don't seem to be many candidates out there who fit the bill. In 2000, Cheney, a respected Washington insider with real conservative cred, was able to reassure Republicans who doubted George W. Bush's ability to lead the country. To the extent that such old Republican hands still exist, however, many are still wondering if they'll be able to support their own party's nominee come November.

It's a unique problem for a unique candidate. Trump probably needs to eschew the Sarah Palins of the world and pick someone with real D.C. experience. But just about everyone with a resume that could provide some reassurance to Trump's many skeptics on the right is keeping him at arm's length. It's enough to make you think that Trump, assuming he's still lagging in the polls come Cleveland, will go for a Hail Mary pick anyway. A fellow outsider, perhaps another eccentric tycoon, or a media figure like Laura Ingraham to round out the post-modern feel of his candidacy.

Maybe. But Trump has indicated he wants an insider to round out the Republican ticket, so let's assume he picks someone who is either of Washington, like Cheney, or at least well known enough in establishment circles to make the anti-Trump wing of the GOP give him a second look.

Ideally this person would be a woman, given that Trump's history of misogynistic language is likely to haunt him until Election Day. However, there's no sign any of the women with the biggest national profiles in Republican politics -- Joni Ernst, Nikki Haley, and Kelly Ayotte -- would take the job. Ernst and Haley were two of Trump's biggest detractors on the trail, and Ayotte is stuck in hard re-election battle that's only gotten harder because of Trump.

So what Trump is likely left with, unless he can convince Tim Scott or Marco Rubio or Brian Sandoval to come on board, is a bunch of southern white guys. And here now, in no particular order, are four who might be able to give Trump's ticket a needed dash of policy expertise.

The Tennessean already has one of the classiest job titles in Washington: Chairman of the Senate Committee on Foreign Relations. And foreign affairs are tough for Trump, in part because he'll almost certainly be going up against a former secretary of state in the general, and because much of the GOP's national security elite appear ready to jump ship to Hillary this November.

Corker, who's been in the Senate for a decade now, is also the rare Republican establishmentarian who doesn't rattle the base. The press respects him. He's relatively low-profile, given his positions in the congressional pecking order, and has been rather good at dodging the internecine fights that have entangled so many of his GOP colleagues.

Plus, he's been complimenting Trump quite a bit lately, which might indicate a willingness to take the job. "What I hear in what he's saying... is more of a George H.W. Bush view of the world," Corker said is an upbeat assessment of Trump's recent foreign policy speech. "I hear him embracing more of a James Baker view of the world, and a larger degree of realism is making its way into his thinking, and I very much appreciate that."

Some quality spin, right there.

There remains a faction of the party that still sees Newt as a world historical figure who never quite got his due. Gingrich himself certainly believes this is the case, and he appears hungry to sign on to a Trump ticket. And while the former House speaker has no shortage of detractors within the party, he is, by all accounts, a gifted and sometimes brilliant politician who knows a thing or two about how the government functions.

But that sure would be a lot of weirdness on one ticket, wouldn't it? Not to mention a lot of ex-wives (four between the two of them). Newt carries plenty of baggage from his many decades in public life, and isn't famous for staying on message or being a disciplined campaigner. Two loose cannons would make for a ticket no one in the media could look away from, but getting eyeballs has never been Trump's problem.

So as far an insider-y picks go, Newt is probably the riskiest. Then again, he may be the perfect person to turn Trumpisms into digestible policy nuggets: now, what I think Donald meant to say is that...

Yes, he's a two-time disaster as a national candidate. Yes, the jokes write themselves. But Perry still has plenty of conservative cred, a national profile, and a formidable jobs record in Texas. He's affable, a gifted politician, and he's said he's open to taking the job. So you can't count out Perry as Trump's veep, no matter how silly it sounds at first blush.

Then again, there is the issue of the vice presidential debates. I don't know of anyone who's made up their minds on who they're voting for because of a vice presidential debate, but that might change if Sherrod Brown or Tim Kaine or whomever else the Democrats choose just decimates Perry on stage for an hour and a half. His infamous "oops" moment on the presidential debate stage in 2012 might be blamed on the back surgery that Perry was recovering from at the time (and the drugs that assisted with that recovery).

Still, Perry, while still a guy with plenty of fans, doesn't exactly exude seriousness. If he stumbles and stutters through the campaign season again, even voters partial to Trump might get uncomfortable with the thought of Perry being a heartbeat away from the launch codes.

The Alabaman says he doesn't want the job. Then again, so did Dick Cheney. And Sessions, best known as an immigration hawk, has been Trump's biggest cheerleader in Washington for months.

Should Trump's appeal to his base start to slip, which isn't inconceivable, Sessions would be the perfect guy to get them back in line. Trump will always need to deal with allegations that he's insincere; Sessions, meanwhile, has been fighting the lonely fight for much of what constitutes Trump's economic platform, at least on immigration and trade, for decades. He intuitively understands the reach, appeal, and limitations of Trump's message, and if he doesn't get the VP slot, it's still safe to assume that's he'll be a big player in Washington should Trump win the presidency.

What's behind the push for a fourth stimulus check
Will Rahn