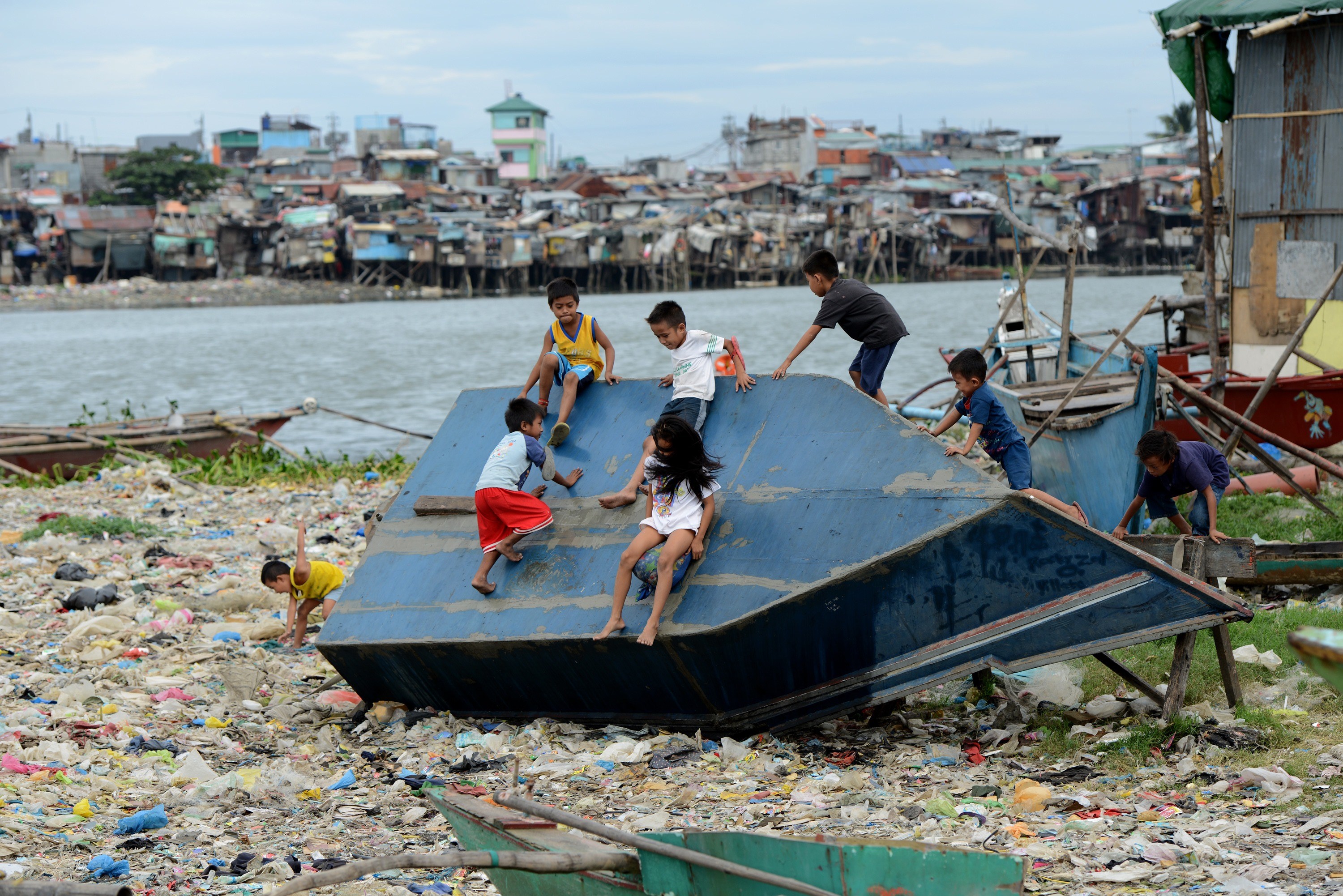 LEGAZPI, Philippines -- Typhoon Hagupit weakened into a tropical storm Monday, leaving at least 21 people dead and forcing more than a million people into shelters but sparing most of a central Philippine region still haunted by last year's monster storm.

While the worst was over in central island provinces, where the sun peeked Monday after days of stormy weather, Manila and outlying provinces braced as Hagupit, or "smash" in Filipino, blew nearer with maximum sustained winds of 65 miles per hour and gusts of 84 mph.

Forecasters said the storm was expected to slam into a Batangas provincial town about 68 miles south of Manila by nightfall. Although considerably weaker from its peak power, the storm remains potentially dangerous and could still whip storm surges that could overwhelm coastal villages, they said.

While officials expressed relief that the typhoon had not caused major damage, they warned that Hagupit was still on course to barrel into the southern tip of the main northern island of Luzon where Manila is located, before starting to blow away Tuesday into the South China Sea.

Hagupit (pronounced HA'-goo-pit), which made landfall in Eastern Samar late Saturday, was moving slowly at 6 mph and could dump heavy rain that could possibly trigger landslides and flash floods, according to forecasters.

Many had started to troop back home Monday after the typhoon blew past their provinces, Philippine Red Cross Secretary-General Gwendolyn Pang said.

"The worst is over for them. It's a big relief because they really got scared of this typhoon with Haiyan in their minds," Pang said. "And there are still areas bracing for the storm like Manila."

Manila Mayor Joseph Estrada said more than 5,000 residents of a shantytown on the edge of Manila Bay have been evacuated due to possible storm surges.

"We've prepared and trained for this," Estrada told The Associated Press, adding his greatest fear was widespread flooding. Metropolitan Manila has a population of more than 12 million people.

Like villagers in the central Philippines, Estrada said Manila residents were readily moving to safety because of haunting memories of Haiyan.

Hagupit left at least 21 people dead, including 16 villagers who drowned in Eastern Samar province, where the typhoon made its first landfall, according to the Philippine Red Cross. The government disaster-response agency has reported only five deaths, including three people who died of hypothermia, saying it was still verifying other reported casualties.

Displaced villagers have been asked to return home from emergency shelters in provinces where the danger posed by the typhoon had waned, including Albay province, where more than half a million people were advised to leave evacuation sites.

Nearly 12,000 villagers, however, will remain in government shelters in Albay because their homes lie near a restive volcano.