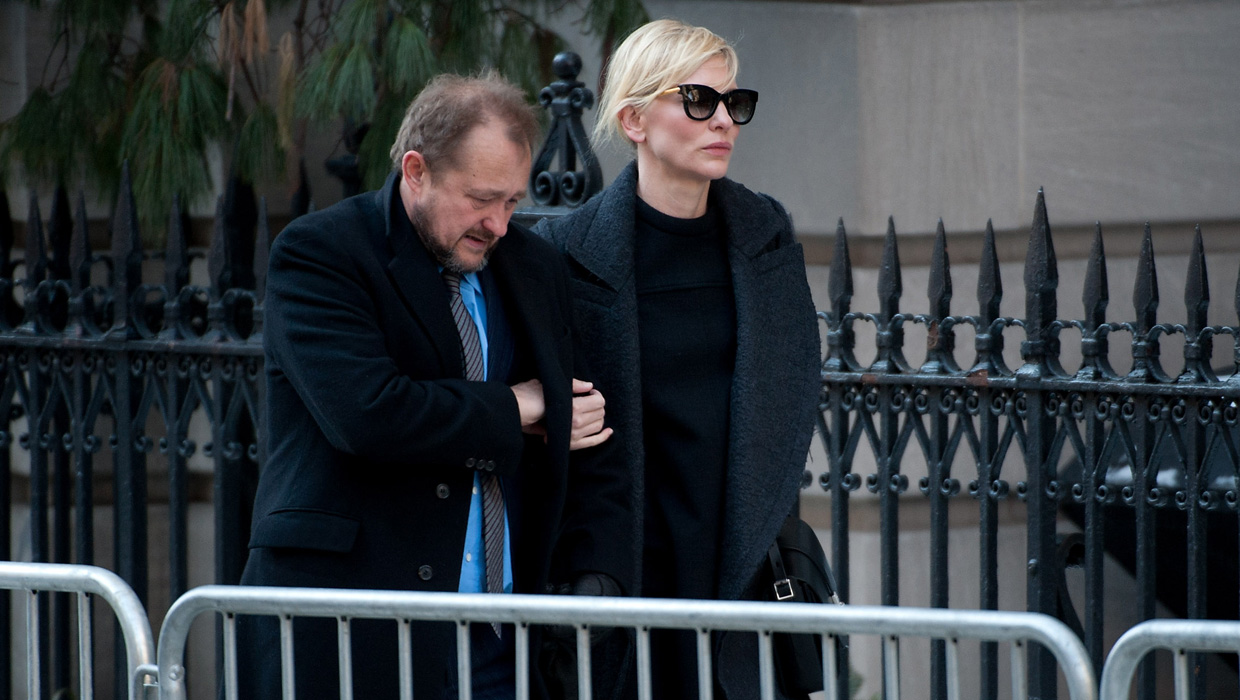 Meryl Streep, Cate Blanchett, Ethan Hawke, Joaquin Phoenix, Louis C.K., Ellen Burstyn and Spike Lee were among those who have paid their respects to Philip Seymour Hoffman, an actor widely considered among the best of his generation.

Hoffman's private funeral was held Friday at the Church of St. Ignatius Loyola in Manhattan, the same church that hosted the funerals of Jacqueline Kennedy Onassis, Lena Horne and Aaliyah. It ended with pallbearers bringing the coffin out of the church and putting it back in the hearse.

Hoffman and Blanchett co-starred in "The Talented Mr. Ripley," and Hoffman starred in Lee's "The 25th Hour." Burstyn and Hoffman were in "Red Dragon," and Hawke co-starred with Hoffman in "Before the Devil Knows You're Dead."

Also among the mourners was Amy Adams, who co-starred with Hoffman in the films "Doubt" and "The Master." Phoenix also starred in "The Master."

Hoffman, 46, was found dead Sunday of an apparent heroin overdose in his apartment. He leaves behind his partner of 15 years, Mimi O'Donnell, and their three children.

A larger public memorial service is being planned for later this month. On Thursday evening, family and close friends gathered for a private wake at the Frank E. Campbell Funeral Home in Manhattan, which has orchestrated funerals for celebrities including Kennedy Onassis and James Cagney.

The rumbled, heavy-set actor was known to dive into roles and was nominated for Academy Awards four times: for "Capote," "The Master," "Doubt," and "Charlie Wilson's War." He also received three Tony nominations for his work on Broadway, which included an acclaimed turn in 2012 as the weary and defeated Willy Loman in "Death of a Salesman."

The theater community mourned the actor Wednesday with a candlelit vigil outside his beloved LAByrinth Theatre Company downtown and with Broadway's marquee lights turned off for a minute.

More tests are needed to determine what exactly killed Hoffman, who was found with a syringe in his arm and what authorities said were dozens of packets of heroin in his apartment. Autopsy results were inconclusive, authorities said this week.

Hoffman spoke candidly over the years about past struggles with drug addiction. After 23 years of sobriety, the versatile actor reportedly checked himself into rehab for 10 days after relapsing in 2012.

Three people have been arraigned on drug charges in connection with Hoffman's death, including one who is facing a felony charge of heroin possession with intent to sell. Lawyers for the three people charged vigorously denied their clients had any role in the actor's death.