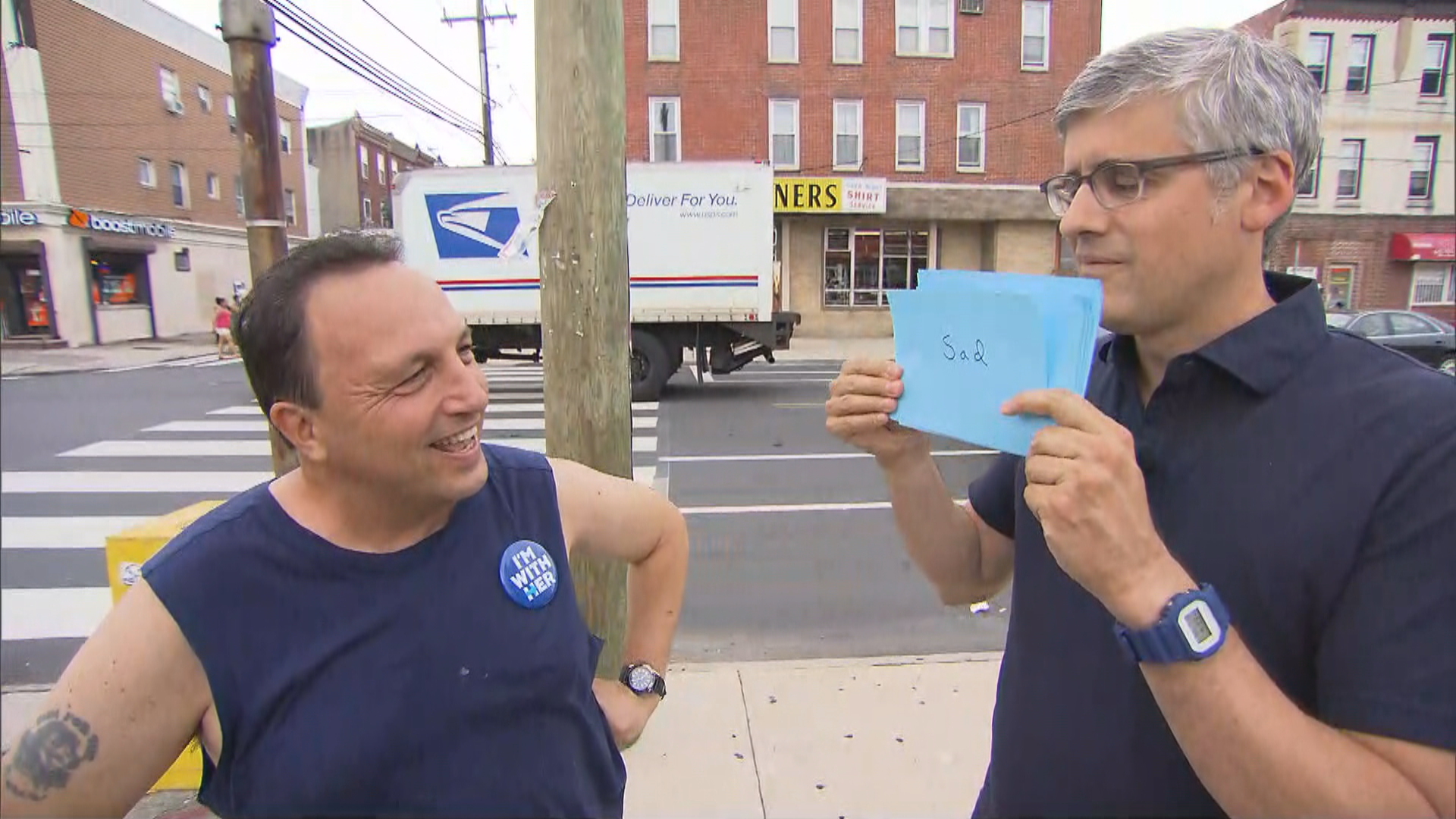 Philadelphians are proud to tell it like it is. Whether they are talking politics or sports, they do it with a dialect that is distinctive to the region.

The Melrose Diner in south Philly is a local institution where you can get an earful and hear an accent that's distinctly Philadelphia. It's not quite the same as a New York or Boston, which tend to omit, but a dialect that you'll recognize as soon as you hear it.

The Philadelphia dialect is easy to spot but can be difficult to define, reports CBS News' Mo Rocca.

"Where does the Philadelphia accent come from?" Rocca asked Meredith Tamminga, a linguistics professor at the University of Pennsylvania, which boasts the nation's first program to study the science of language.

"I'm not really sure. These kind of things, I guess they develop over time," she said.

"So you get people who live in, say, south Philly, working class neighborhood. Really tight knit. ... They all know each other and those are just the right conditions for distinct accents to develop," Tamminga added.

The accent, which is rooted in the working class Irish and Italian neighborhoods of south Philly, is not exclusive to this city. The Mid-Atlantic dialect -- as it is officially known -- can be heard in southern New Jersey, northern Delaware and parts of Maryland.

"Philly has been settled for a long time compared to other parts of the country, so you end up with these very complex linguistic features," Tamminga said. "So, for instance, there's a difference between the 'AH' and the 'aaa' sounds in Philly where the rest of the country might just have 'ah' like in 'cat,' so in Philly you get 'mad, bad, glad.'"

Also distinctive of the Philadelphia accent is the dropping of the letter "l" when paired with a vowel. For example, the word "balance" can be heard as "bounce."

"Where in the media have you seen a Philly accent that you just thought, 'That nails it'?" Rocca asked.

"Does an accent like that tend to deepen over time or diminish?" Rocca asked.

"People tend to think that all the accents in the U.S. are sort of diminishing. ... It's not really true," Tamminga said. "If they're kind of stigmatized, people tend to be moving away from them, but other aspects of the Philly accent are getting more intense over time."

Philadelphians aren't likely to trade "wooder" for water anytime soon, and still proudly accentuate their "ohs" while pronouncing their favorite sandwich, the hoagie.

"Did Sylvester Stallone have a Philly accent in 'Rocky'?" Rocca asked.

"Not to my knowledge," Tamminga said. "He's from New York, I guess. I think he sort of was trying to make it sound different because he was aware that Philly was different from New York, but wasn't quite sure how."