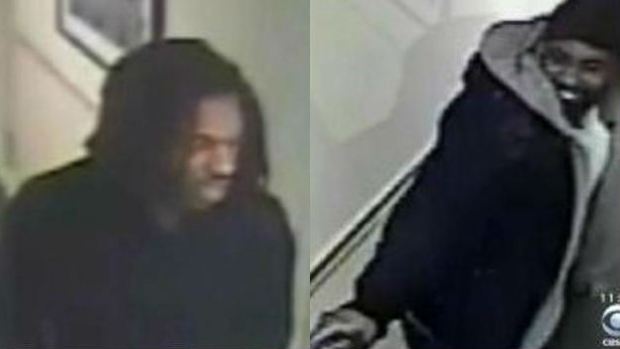 PHILADELPHIA - A shootout at a motel in Philadelphia was caught on tape, and police are asking for the public's help in identifying the suspects, reports CBS Philly.

Authorities say the men in the surveillance video, recorded during a shootout in Northeast Philadelphia's Roosevelt Motor Inn just after midnight on March 31, are still at large.

"We don't know what's the motive behind this. Either way, it's still a problem," said Philadelphia Police Lt. John Stanford. "There's no way you can have individuals shooting at each other, especially inside of an occupied hotel."

The surveillance video shows several men running through the motel's hallways and shooting at one another - even as several hotel guests scramble to get out of the way.

When police arrived on the scene they were told by an employee that gunshots were being fired from a hallway, according to CBS Philly. After the shooting stopped, an unidentified male armed with a handgun ran past the front desk and fled through the parking lot, police said.

"We're lucky that no one was injured and no one was killed as a result of this," said Stanford.