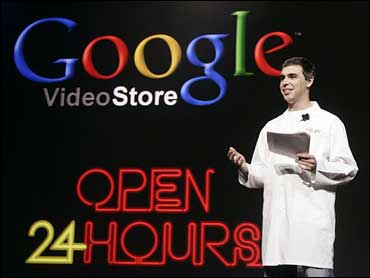 Casey Martin's lawyers took aim today at the argument that using carts on the pro golf tour is an unfair advantage, with testimony that riding can actually hurt the quality of play.

"I prefer to walk," testified Eric Johnson, the Nike tour's leading money winner. "It's how I've played golf most of my life. It helps me with my rhythm. You get a full effect of the elements."

He also said walking helps him get a better look and feel for the course and helps him establish his preshot routine, where he visualizes how he wants to hit the ball and takes a few practice swings.

Johnson pointed out that in last year's PGA Qualifying School tournament, all 160 competitors had the option of riding in a cart, and only seven or eight opted to use one.

Martin, who suffers from a rare circulatory disorder that has shriveled his right leg, has said he too would prefer to walk rather than ride, but it is just too painful.

He limped to court for a second day of trial on his lawsuit invoking the Americans with Disabilities Act to ride a cart rather than walk on the PGA Tour.

The PGA Tour contends that walking is a fundamental part of the game and that allowing Martin to ride would give him an advantage. It is up to Martin's lawyers to show it isn't.

Johnson, a 35-year-old pro, testified under gentle questioning from Martin's lawyer that walking is not really fundamental to golf.

"I consider walking as a part of the game only as a purpose to get to the next shot," he said.

Johnson emphasized that even on the PGA Tour, where he played 30 events last year, tournaments provide carts to players when there is a long distance between the green and the next tee. He said he understood those carts were used to speed up the pace of play.

Under cross-examination from PGA Tour lawyer William Maledon, Johnson acknowledged that the rules of the tour require him to walk instead of ride.

"Wouldn't you agree with me Mr. Johnson that it's fundamental for a competitor to adhere to the rules?" Maledon asked.

"It's fundamental to any sport," Johnson replied.

Monday, Martin's lawyers played a video of the 25-year-old golfer to show the effects of the Klippel-Trenaunay-Weber Syndrome he has lived with since birth.

Martin spoke calmly on the tape as he peeled back support stockings to reveal the leg that has been withered by a rare circulatory disorder into a pale stick covered with bulging veins.

"You can see how it's just bone and skin," he said.

Rather than a vein along the bone of his lower right leg, Martin has a jumble of varicose veins along the surface. The valves that normally keep the blood from flowing backward don't work, so the blood tends to pool in his lower leg whenever Martin stands, causing painful swelling and bleeding into his knee and lower leg bone.

"There are good days and bad days," Martin said. ``Some days I make it through. Some days, it's a nightmare."

Given thchance to ride a cart on the second-tier Nike Tour pending the outcome of this trial, Martin last month won the Lakeland (Fla.) Classic and quickly was embraced by the public for his underdog battle.

"From a public opinion standpoint, it's a loser," PGA Tour Commissioner Tim Finchem acknowledged before the trial began. "This is a very unfortunate system we find ourselves in, having to litigate whether a fellow we think a great deal of can play the game."

Martin's attorney, Martha Walters, said in her opening statement that the only moral thing to do is to allow Martin to ride. She also referred to an old PGA Tour slogan that proclaims "anything's possible."

Said Martin: "Use of a cart is not only possible, it is reasonable, it is required and it is right," Walters said.

Maledon stressed that the real issue is whether the tour can maintain a rule that has stood from the beginning of golf hundreds of years ago - that players in the highest levels of competition walk the course as part of the test of their skills.