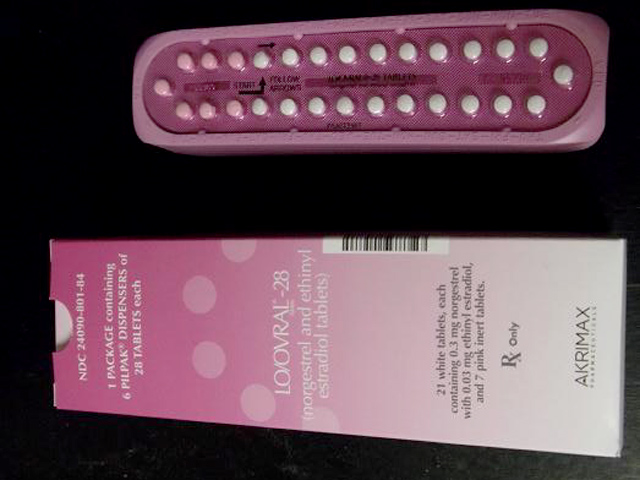 (CBS/AP) Pfizer sent shudders through women across the U.S. yesterday, when it recalled 1 million packets of birth control pills due to pregnancy concerns. The pills - which are supposed to be nearly 100 percent effective when taken properly - were victim of a manufacturing mix-up which caused some packets to be distributed with the pills out of order.

That means a patient could have unknowingly skipped a dose and raised her risk of an accidental pregnancy.

Pfizer, the world's largest drug maker, recalled 1 million packets of Lo/Ovral-28 and its generic equivalent, HealthPop reported, but the company estimates that only about 30 packets were flawed. The pills were made and shipped last year.

Each packet contains 28 days' worth of the prescription, with 21 pills containing the active ingredient that prevents pregnancy and seven placebo pills. The pills are normally color-coded to note the difference.

Women are supposed to take the pills in order and not mix the placebos with the active pills. Doctors say taking three placebos or more in a row negates the pregnancy protection.

"Women who are potentially on this particular product need to be aware of (the recall) and take this quite seriously," said Dr. Steven R. Goldstein, a New York University professor of obstetrics and gynecology.

"You take it for a reason, and if that gets messed up...it could change your life," said Kendra Mifflin, a student at Butler University in Indianapolis. "It has a big impact, just a simple mistake like that."

Mifflin said her pills change color as she gets closer to the placebo. She said she thinks she would notice if the color were out of order, but she'll probably pay closer attention now.

Doctors and pharmacists say Lo/Ovral is an older version of the pill that is not as widely prescribed anymore. They do not expect many panicked calls about the mix-up.

"Patients are pretty savvy," said Dr. Adam R. Jacobs, division director of family planning at Mount Sinai Medical Center. He said most women taking the pill would notice that the colors are out of order.

What does Pfizer have to say about the mix-up?

Company spokeswoman Kristen Neese said the drug maker learned about the problem when a customer called late last year to report finding a pink placebo tablet in the middle of her white birth control pills. The company found a manufacturing problem and fixed it immediately.

It issued a nationwide recall in late December asking pharmacies to pull the affected lots from their shelves, but did not announce the recall publicly due to the relatively small size of the problem and risk, Neese said. Pfizer announced the recall Tuesday to consumers and the media after being asked to by the Food and Drug Administration.

The recall includes 14 lots of Lo/Ovral-28 tablets and 14 lots of the generic version. Both products are manufactured by Pfizer and sold in the U.S. by Akrimax Rx Products. A lot is a product batch or production run, made at one time and place and can include tens of thousands of individual packages, each with the same identification code for tracking.

Pfizer said the packets are pink with the drug's brand name or generic name on it, along with the Akrimax name. Pfizer's logo does not appear on it.

Patients who received a packet from one of the affected lots should call their doctors immediately, Jacobs said. If they have had unprotected sex in the past five days while on one of those pill packets, they may want to consider emergency contraception.

The affected packets have expiration dates ranging between July 31, 2013, and March 31, 2014. Click here to see the recalled lot numbers.