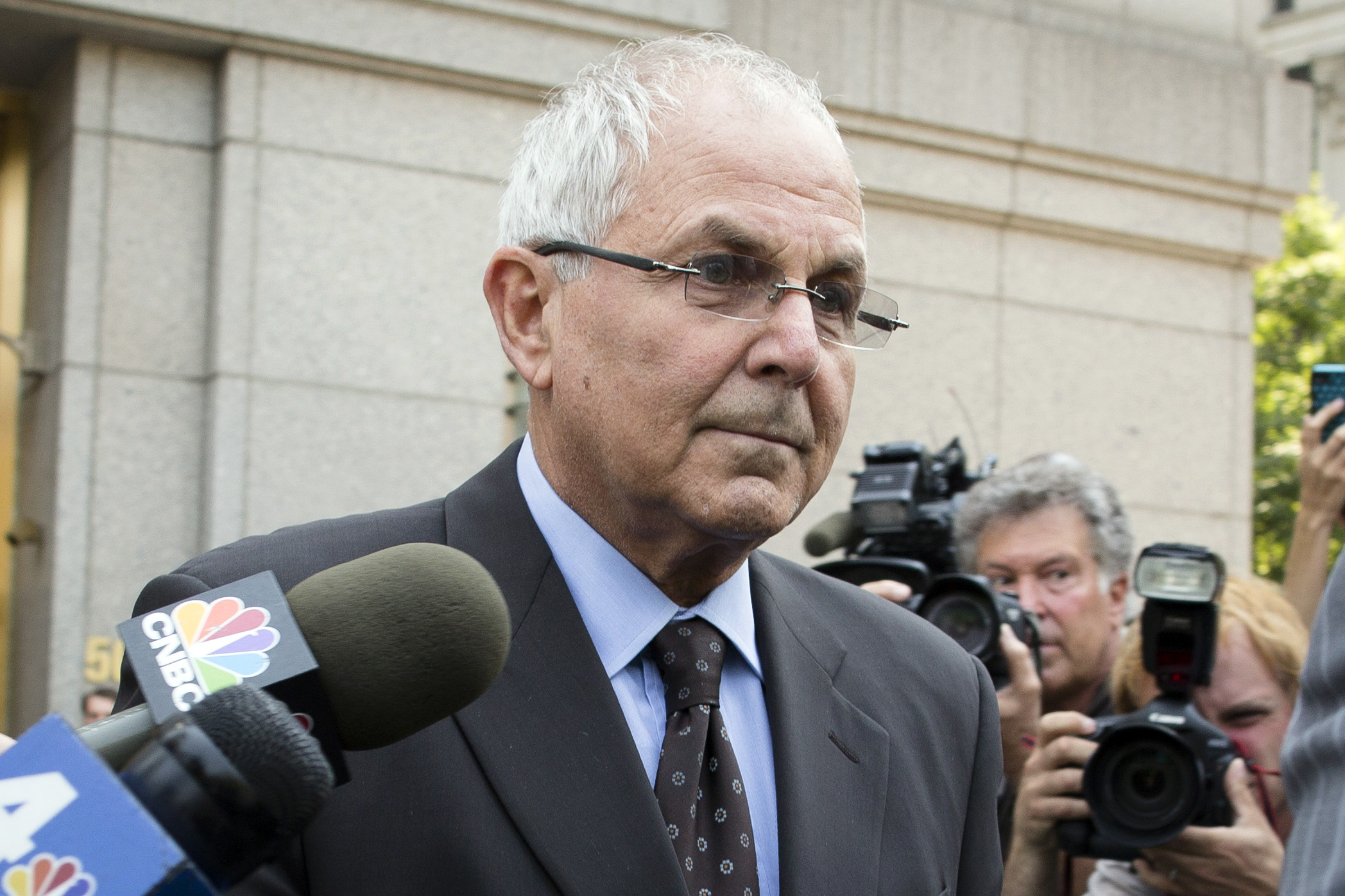 (CBS/AP) NEW YORK - The younger brother of disgraced financier Bernard Madoff pleaded guilty Friday to charges he doctored documents that helped conceal a fraud that wiped out thousands of investors.

Peter Madoff, the loyal No. 2 at an investment firm that fronted a multibillion-dollar Ponzi scheme, entered the plea Friday as part of a deal expected to result in a 10-year prison term. He had been taken into custody at his lawyer's midtown Manhattan office earlier in the morning.

The plea came in the same Manhattan courthouse where Bernard Madoff was led away in handcuffs in 2009 to serve a 150-year sentence.

Peter Madoff, 66, described in a one-hour court hearing that most of his illegal conduct was personal, such as avoiding to pay taxes on gifts and large sums of money. Madoff insisted he didn't know about his brother's ponzi scheme, which cheated investors of some $20 billion in principal, until December 2008 when his brother confessed it to him.

"At no time had I suspected my brother had stolen from anyone," Peter Madoff told U.S. District Judge Laura Swain. He admitted, however, that in 2006, he began falsifying reports for Bernard's investment advisory business at the heart of the scheme.

"I failed to implement meaningful supervision," Peter told the court. "I made no effort to perform meaningful review."

For example, Peter said he certified documents to the Securities and Exchange Commission stating there were only 23 investment accounts in Bernard's advisory business (that was separate from the firm's legitimate brokerage business) when there were actually 4,000. Peter said he didn't know how many accounts there were, and he viewed Bernard as a "brilliant securities trader."

"I revered him and trusted him implicitly," Peter said.

The government has used the cooperation of six former employees and associates at Bernard L. Madoff Investment Securities LLC to learn what went on inside the secretive business. Close to $20 billion vanished in the scam, the largest Ponzi scheme ever prosecuted in the U.S. The scheme left behind only a few hundred million dollars, not the $65 billion claimed in bogus financial statements.

Peter Madoff revealed in court that he agreed to assist his brother in sending out the only money left to favored people, including friends and family.

"I was shocked and devastated but nevertheless I did as my brother had said, as I had consistently done for decades," he said. "I knew that the conduct was wrong and I am deeply ashamed." The checks never went out.

In his guilty plea, Bernard Madoff admitted his investment advisory business was a sham, but insisted that his brother and two sons who also worked for him were in the dark about his misdeeds. The FBI nevertheless had been suspicious from the start about the role of Peter Madoff, who had worked side by side with his scheming brother for more than 40 years.

"The Madoff investment empire, built on a foundation of deceit, was a house of cards that grew to skyscraper proportions," she said. "As Peter Madoff has admitted today, he was one of the chief architects."

Friends and business associates had described the brothers as very close. Their offices in midtown Manhattan were a few feet apart. Their families vacationed together.

Peter Madoff was credited with creating a computer trading system for the firm in the late 1970s and early 1980s that was considered groundbreaking at the time. He ran the daily trading operation while his brother focused on the more secretive investment advisory arm.

Both brothers made a fortune. Peter Madoff owned a Palm Beach, Fla., vacation house that recently sold for $5.5 million.

When Bernard Madoff was arrested, Peter Madoff broke the news to Madoff Securities employees. And he was a co-signer on a $10 million bond that won his brother's release. Through attorneys, he denied any wrongdoing.

But the denial didn't stop federal authorities from moving to freeze Peter Madoff's assets. He agreed not to dispose of his assets and promised to curtail his personal spending as the investigation moved forward. His living expenses were capped at $10,000 a month.

A trustee appointed to recover stolen assets also came after Peter Madoff, accusing him of financing his high-end lifestyle through the fraud.

A complaint filed in bankruptcy court alleged that the Madoff investment business had transferred more than $77 million to Peter Madoff.

Peter Madoff admitted Friday that he tried to hide millions of dollars from the Internet Revenue Service.

Baroni said he had engaged in "an enormous tax fraud conspiracy," enabling tens of millions of dollars to be transferred among members of the Madoff family to dodge millions of dollars in taxes, and he arranged for his wife to take a no-show job at the investment firm.

Peter Madoff also said that he withdrew $200,000 from the investment business's accounts even after learning about the fraud so that he could make annual donations to charities.

His plea differed from his brother's appearance three years ago, when numerous investors spoke of their pain after losing their life savings.

On two occasions, Swain asked if any investors wished to speak. None stepped forward.

Since the fraud was revealed, a court-appointed trustee has reached agreements to recover approximately $9.1 billion. Roughly $1.1 billion has been returned to Madoff's victims.