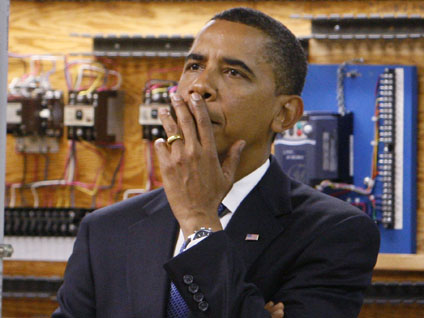 One year ago, "The Lord of the Rings: The Fellowship of the Rings" went from one of the biggest gambles in motion picture history to one of the most acclaimed.

It earned 13 Academy Award nominations and over $800 million at the box office. Now, the journey continues with "The Two Towers"; once again co-written, produced, and directed by Peter Jackson.

On The Early Show, Jackson says he assumes that those who see "The Two Towers" also will have seen "Lord of the Rings: Fellowship of the Ring."

"We rejected the idea of having a little catch-up kind of prologue at the beginning," says Jackson. "I mean, the studio actually wanted us to do that."

But the director says he felt most can simply rent or buy the VHS or DVD of the first "The Lord of the Rings" movie.

"[The audience] jumped out for a popcorn break that's lasted a year," he explains. "And we're just going to roll the next reel. Okay, let's just carry on with the story."

The critical acclaim and awards "The Fellowship of the Rings" gained cannot be ignored.

"It was great. It was fantastic," says Jackson of the success. "I mean, I saw friends of mine who had been working on this project for four years, at that point, got up and collect Oscars. I was incredibly happy."

However, Jackson says he doesn't like the politics of award shows, such as the Oscars. He says he doesn't enjoy the perception of competition between his movie and another film, such as "A Beautiful Mind." The director says he was thrust onto talk shows and interviews for the press.

"I felt like I was part of a sort of a presidential campaign," says Jackson. "If I'm lucky enough to be involved in the Academy Awards in the future, I'll just let people make up their decision without being involved in any politics. Because it shouldn't involve that."

Directing any movie requires the skill to handle multiple tasks, but making movies as complicated as the series from "Lord of the Rings" could be an overwhelming project.

Jackson says his father once gave him advice to do one job at a time and not to think about the enormity of a project. He took that philosophy and applied it to making movies.

Jackson's actors and crew for the "Lord of the Ring" movies have said they enjoy working with the director. Whatis Jackson's secret?

"I love collaborating with people," says Jackson. "I don't regard myself as an auteur or an autocratic kind of director. And what I like to do is to gather really talented people around me --the actors, obviously, and the technicians and the crew and the designers and the composer. I just like to encourage everybody to get the best out of everybody … I'm relying upon them to give me their stuff and to make suggestions to me and to tell me how it could be better. I mean, it's their job. It's their craft."

Jackson says he believes a lot of actors are accustomed to being told exactly what to do by Hollywood directors, but they enjoy the experience of collaborating on his set.

The New Zealand director says the experience of making "Lord of the Rings" has been a great experience.

"I love what I'm doing," says Jackson. "I haven't woken up one morning in the last six or seven years wishing I was doing anything else other than 'Lord of the Rings.' I mean, it is an honor. I know it sounds corny. But as a filmmaker, you know, what more amazing project could you ever work on than 'Lord of the Rings'? It's one of the great stories. It's fun."

"Lord Of The Rings: The Two Tower" hits theaters on Dec. 18.
On Dec. 16, The Early Show will talk to Elijah Wood, one of the film's stars.