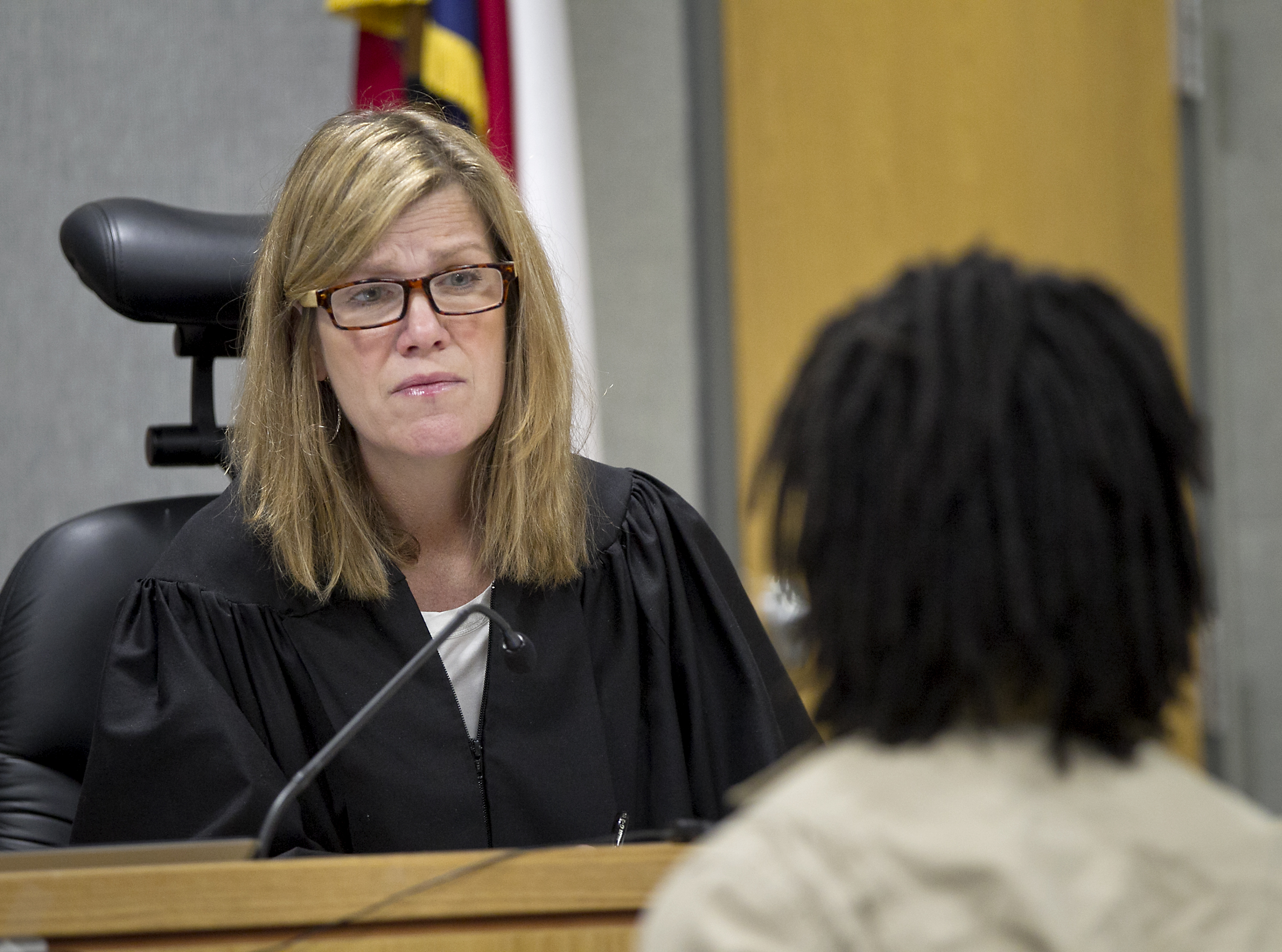 AUSTIN, Texas -- A person arrested on unrelated charges in Houston will be questioned as a "person of interest" in the shooting of a Texas state judge outside her Austin home.

In social media postings Monday night, the Austin Police Department said it was "aware of the arrest in Houston of a person of interest in the shooting" of state District Judge Julie Kocurek. The posting said "the arrest was for unrelated charges" and went on to say it would make no further comments.

Houston police spokesman Victor Senties said he had no information on the matter.

Kocurek was shot Friday night upon returning to her home in a posh neighborhood near downtown Austin.

Police said Kocurek was hospitalized in stable condition with injuries not considered to be life-threatening.

The Austin American-Statesman says sources tell it the person has a matter pending before Kocurek.

CBS Austin affiliate KEYE-TV reports the Kocurek family released a statement Monday night saying it is "grateful to everyone for their thoughts, prayers and support; the outpouring has been a tremendous source of encouragement. Judge Kocurek is receiving great care from a wonderful team of doctors and nurses. Their efforts, along with Judge Kocurek's faith, are helping her improve every day."

A source close to the family tells KEYE Kocurek's son was driving when they approached her home and found a trash bag blocking the gated entrance Friday night. Her son exited the car to move the bag -- and that's when, according to the source, an unknown person ran toward the car and shot at Kocurek multiple times.

The Austin American-Statesman reports Kocurek was "seriously injured by shrapnel and broken glass - rather than a direct hit from a bullet" when the assailant opened fire.

Neighbors tell KEYE-TV they believe the shooting is an act of retaliation. Over the years, Judge Kocurek has presided over many high-profile cases as judge of the 390th District Court, which she was appointed to back in 1999.

Tuesday, various judges will begin covering for Kocurek. "We've already got it covered for the rest of the year," says senior district judge Bob Perkins. Perkins had been a district judge for 17 years when Kocurek was appointed.

"She's a very good friend of mine. She's a great colleague and when you talk to the judges and you talk to the bar association -- any of the lawyers who have appeared before her -- she has a great reputation with people and it's very well deserved, " Perkins says.

He adds, for judges, threats are just a part of the job, but they can't let threats influence their work. "We cannot and will not be intimidated by somebody trying to take the law into their own hands or retaliate or something like that. That's not going to make any difference to us," Perkins says.

The incident is sending shock waves through the law enforcement community. "In my 30 years with the U.S. Marshals Service this is the first instance in my career where a member of the judiciary was attacked," said Hector Gomez, supervisory deputy with the U.S. Marshals. "That is something that is very uneasy, unsettling to me."

The service reports the number of threats made against judges has actually decreased over the past three years. In 2012, 1,370 threats and inappropriate communications against members of the judiciary were reported. The number dropped to 1,155 in 2013 and the number 768 last year.

The Travis County Sheriff's Office would not comment on whether any additional security is being added at the Blackwell-Thurman Criminal Justice Center in Downtown Austin.

Pentagon officials to testify on UFOs
Thanks for reading CBS NEWS.
Create your free account or log in
for more features.
View CBS News In
CBS News App Open
Chrome Safari Continue
Be the first to know
Get browser notifications for breaking news, live events, and exclusive reporting.