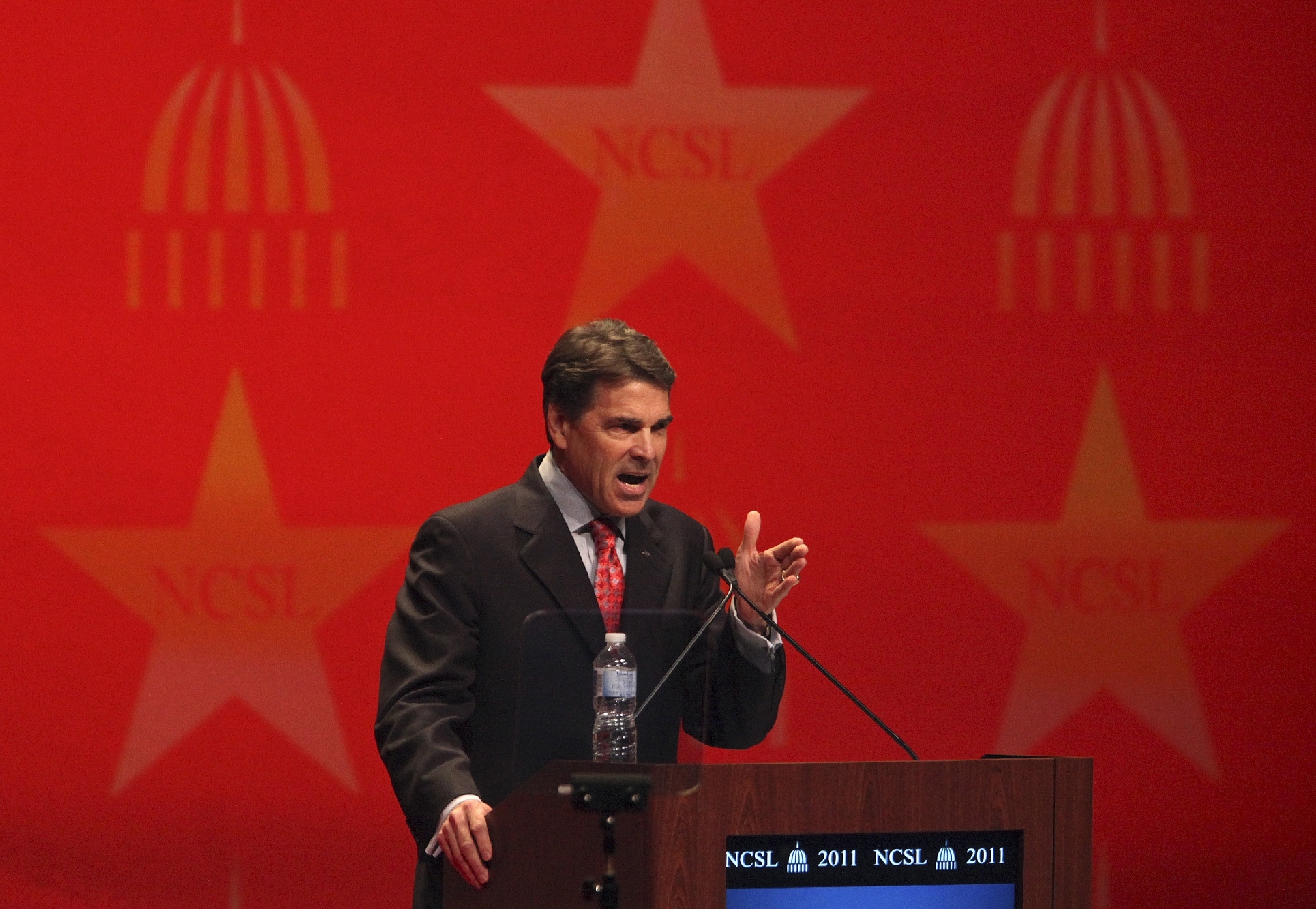 Texas Governor Rick Perry has yet to officially announce his presidential candidacy, but Democrats and Republicans are wasting no time in questioning his fitness to be president - and his campaign strategies.

In a Friday interview with CBS' "The Early Show," top Obama campaign strategist David Axelrod questioned Perry's record on job creation, suggesting that Texas's unemployment rate - which, at 8.2 percent is one point less than the national average - was a product of natural advantages rather than good governing.

"I don't think many would attribute [Texas' unemployment rate] to the leadership of the governor down there," Axelrod said. "He's been the beneficiary down there of the boom in oil prices and obviously that state like Texas is going to benefit from that - and increased military spending because of the wars, because Texas is home to many military bases."

"I don't think there's any question that those were major contributors to it," Axelrod added.

When asked about Perry's criticism of President Obama's jobs record, Axelrod, in an apparent attempt to downplay Perry's seriousness as a presidential candidate, reminded CBS News' Rebecca Jarvis that "he's also called for secession from the United States of America."

Perry, who is expected to be announce his candidacy on Saturday, will likely become an immediate frontrunner for the nomination upon entering the race. Many have already pegged him as the biggest threat to former Massachusetts Governor Mitt Romney's candidacy.

But as Perry readies a handful of campaign appearances this weekend - the same weekend of Iowa's famous straw poll - some question the wisdom of his apparent stab at overshadowing the crucial early caucus state's political festivities.

"The people of Iowa work very hard to make the straw poll the biggest political moment in the summer," he said in a Fox News appearance. "If you have a candidate who says, 'You know what, I'm not gonna be there, I'm gonna be over in South Carolina, trying to pull as much attention as possible away from your big event' - I'll tell you, the people of Iowa are gracious, loving, kind people, and they're not gonna take kindly to someone, in essence, dissing their big event. Which is what it will be reviewed as in the state of Iowa."

The media-savvy Republican noted that Iowans wouldn't likely be the only people to "beat the daylights out of" Perry for downplaying the seriousness of the straw poll.

"You watch, the other candidates will beat the daylights out of him for not respecting the Iowa straw poll. So will the Iowa Republican Party. And out there, just sort of the conversation on the streets, will be that it was bad form."

He added, too, that much of the national media would be in Iowa for the straw poll - and that, as a result, Perry would only second-tier coverage for his big moment.

"The B-team of national political reporters will be the ones in South Carolina covering his announcement," he said.

Nevertheless, despite Perry's absence at Thursday night's Republican presidential debate in Iowa, he was a popular topic of conversation in it.

Congressman Ron Paul and businessman Herman Cain argued Perry's entry into the race would boost their own respective campaigns.

"He represents the status quo," said Paul, a staunch libertarian. "And I feel like I'm sort of separated from the other candidates with my strong belief in liberty and limited government and different foreign policy, and wanting to deal with the Fed. So he'll just gather all their votes."

"We all need prayers, and I hope he offers a whole lot for everybody here on this stage," Huntsman joked.

On a more serious note, he suggested that Perry could improve the quality of the GOP debate.

"We also need jobs in this country," he said. "And I hope that if he does get in this race, he broadens and expands this dialogue about job creation."