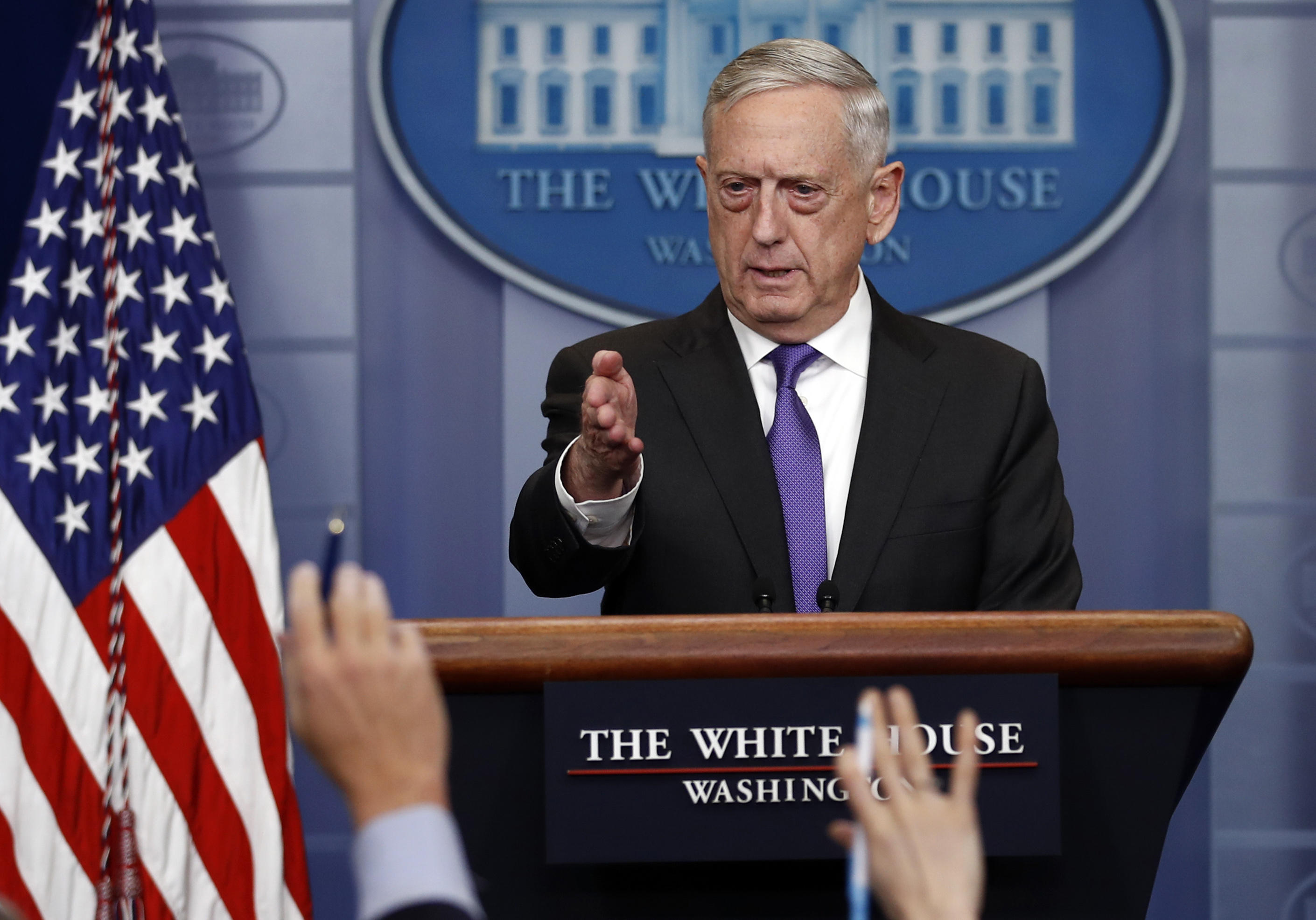 The Pentagon is preparing to dispatch a hospital ship to Colombia and possibly other parts of South America to help relieve strain on health care systems overloaded by an influx of hundreds of thousands of Venezuelans who have fled that crisis-racked nation, Defense Secretary Jim Mattis said Friday.

"It is absolutely a humanitarian mission," he told reporters returning with him to Washington after a six-day tour of South America. Mattis visited Brazil, Argentina, Chile and Colombia to assess military relations between the U.S. and South America.

Mattis would not say when the USNS Comfort would arrive off the coast of Colombia, but it apparently will not be in the next few weeks. Dana W. White, the chief Pentagon spokeswoman, said it would be "in the fall," but she would not be more specific.

As a result of a dire economic and health care situation, rising numbers of Venezuelans are joining an exodus that has set off alarms across Latin America. The United Nations said earlier this week that an estimated 2.3 million Venezuelans had fled the crisis-torn country as of June, mainly to Colombia, Ecuador, Peru and Brazil.

There have been no refugees from Venezuela admitted to the U.S. this year, although the Trump administration has taken a hard line against Venezuela. The U.S. has imposed sanctions against the country. President Trump also reportedly considered invading Venezuela in August 2017 to remove Venezuelan President Nicolás Maduro.

Earlier this month, Maduro survived an assassination attempt via explosives attached to drones that detonated while he was giving a speech earlier in August.

"They not only agreed in principle, they gave details on how we might best craft the cruise through the region," Mattis said.

Some details of the plan for dispatching the Comfort from Norfolk, Virginia, have not yet been worked out, Mattis said. The ship may visit other South American countries also feeling effects of the refugee problem.

"We are going to go where the need is greatest," he said, but that will not include Venezuela.

The ship also is equipped with a helicopter deck capable of landing large military helicopters. It has a side port that enables the crew to take on patients at sea.

The Comfort was previously dispatched to Puerto Rico in September 2017 in the aftermath of Hurricane Maria.