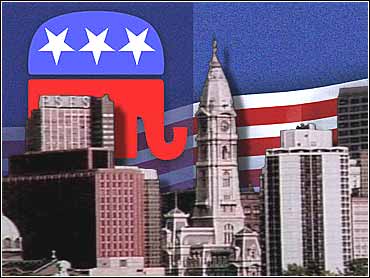 From Kosovo to the Persian Gulf, the Pentagon says its troops are over deployed and under-funded, but that hasn't stopped it from taking on still another mission - this one to the Republican National Convention in Philadelphia, reports CBS News Correspondent David Martin.

"The Army is going to send up a helicopter, a tank, quite a list of equipment," said Pentagon spokesman Kenneth Bacon.

Starting on Friday, the military will fly in some of its best weapons to put on a display the Pentagon says will educate Republican members of Congress attending the convention - an operation that will force hundreds of military personnel to work through the weekend and cost hundreds of thousands of dollars.

Pentagon policy prohibits the use of military equipment or personnel for partisan political purposes, but Defense Secretary William Cohen, himself a Republican, has decided this is not a violation because he's willing to do the same thing at the Democratic convention.

"The Democrats have an equal opportunity to request the same sort of exhibit. I don't believe they have yet," Bacon said.

All 535 members of Congress, Republican and Democrat, already had a chance to see the V-22 vertical take-off and landing plane when the Marines flew one into Capitol Hill. But they'll fly it into Philadelphia anyway. The Air Force will show off some of its newest smart bombs. It's a one-of-kind military maneuver set to invade the Naval shipyard right next door to the Republican convention.

"As far as I know this is the first time, and the question is, will it be the last time?" Pentagon spokesman Bacon said.