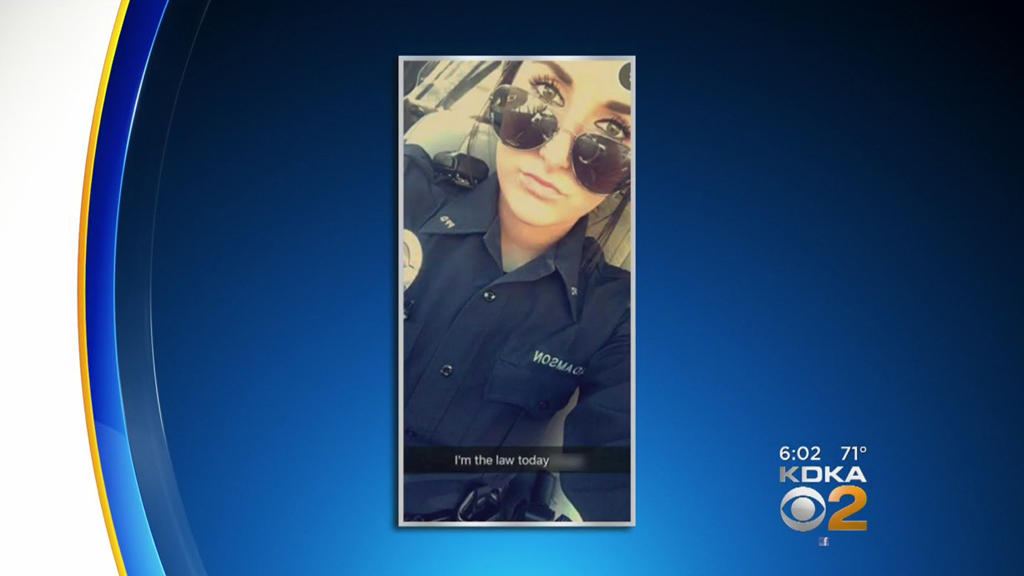 MCKEESPORT, Pa. -- A white Pennsylvania police officer who was fired for a social media post that included a racial slur is apologizing.

Melissa Adamson tells WTAE-TV she’s not a racist and is sorry to everyone she offended. She says it was a “stupid mistake.”

She’s referring to a post that appeared Tuesday afternoon on social media that showed the now-former part-time McKeesport officer in uniform with a caption reading “I’m the law today” and ending with the derogatory term for blacks.

She says someone trying to “ruin her career” posted the photo.

The photo was apparently taken while she worked at the nearby Pitcairn Police Department. She says she left that job to take the McKeesport position on Sept. 20.

“As the picture alone does not constitute misconduct, it is symbolic speech and protected under the First Amendment,” the department said in a statement. “However, it is the content of the text in the picture which is unacceptable. The Pitcairn Police Department holds high integrity for the community we serve and this type of conduct will not be tolerated.”