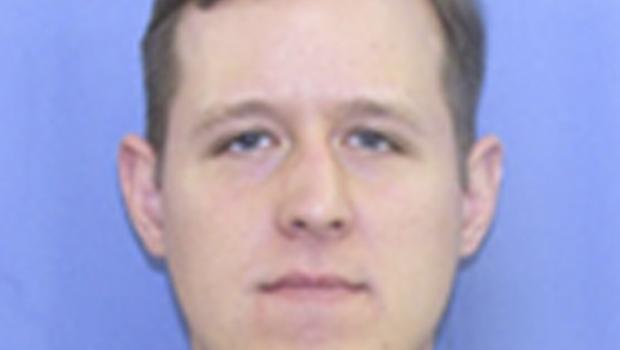 Sources tell CBS News that the federal warrant issued for Frein does not necessarily mean that he has crossed state lines in trying to escape. A federal official said investigators do not know at this point if he has crossed over state boundaries. It's possible, given the close proximity to New York and New Jersey. The manhunt for Frein is now in its sixth day.

The federal warrant was issued for unlawful flight to avoid prosecution, or UFAP. It allows the Feds to arrest Frein no matter where he is, but once he is arrested, any state charges will trump the federal warrant. The federal official said the FBI is assisting the Pennsylvania State Police in the investigation, including agents from the FBI's evidence recovery unit, interviewers, and aerial surveillance assets.

Police said Frein has a deep-seated hatred of law enforcement, and in Blooming Grove, Pa., residents aren't taking any chances, reports CBS News correspondent Don Dahler. Schools in the area have closed for another day as a precaution.

But investigators say that while this man should be considered extremely dangerous, they believe he is primarily focused on a personal vendetta with law enforcement.

And police have a message for him:

"In the event you are listening to this broadcast on a radio -- on a portable radio -- while cowering in some cool, damp hiding place, I want you to know one thing: Eric, we are coming for you," said Pennsylvania State Police Lt. Col. George Bivens.

Investigators said Frein used to participate in eastern European-themed military reenactments, and played a German soldier in a 2007 independent film.

But somewhere along the way, they believe the game of dress-up took a deadly turn.

"In his current frame of mind, Frein now appears to have assumed that role in real life," Bivens said.

Officers in full camouflage and body armor have been searching the dense forest of eastern Pennsylvania for any sign of Frein, who police said is armed and trained to survive in the wild.

They said the 31-year-old shaved his head in a Mohawk style as part of the "mental preparation" for the alleged attack against two State Troopers outside police barracks.

"They didn't even know what hit them. It was a cowardly act on his part, and it was definitely directed toward law enforcement," said Pennsylvania Sheriff Philip Bueki.

Now the hunter is also the hunted.

"Every time we put that badge on in uniform, we take that risk and we do that to keep our community safe," Bueki said.

Officials say the suspect's family has been cooperative, and that they have been interviewing people who participated with him in those military reenactments.

A funeral mass will be held in Scranton, Pa., Thursday for State Trooper Cpl. Bryon Dickson, who was slain in the ambush.

Lava has destroyed 700 homes – and added 700 acres to Hawaii