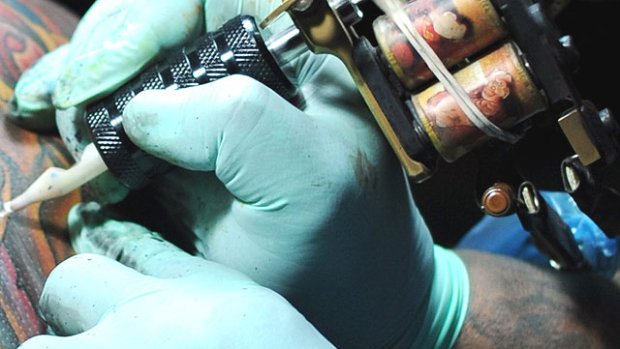 CENTERVILLE, Pa. - A northwest Pennsylvania man has been charged after allegedly tattooing a smiley face and a derogatory word on a 12-year-old girl's arm.

State police tell the Erie Times-News that Randall Charlton III tattooed the girl's left forearm Wednesday night in a Centerville home while she was spending the night.

He faces charges of felony aggravated assault, endangering the welfare of a minor, corruption of minors, simple assault and tattooing a minor.

Police say he tattooed the derogatory word above the smiley face.

According to online court records, Charlton was unable to post $20,000 bail and is confined in Crawford County prison.