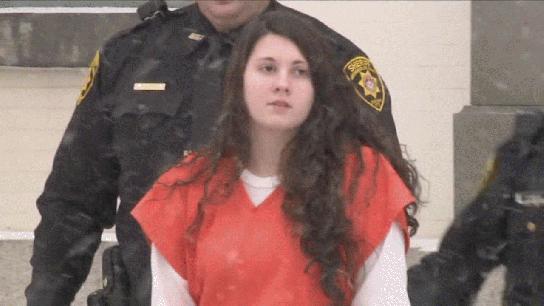 SUNBURY, Pa. - A woman charged with her newlywed husband with luring a Pennsylvania man through Craigslist and killing him says her confession should be thrown out because she wasn't given an attorney.

Miranda Barbour, who is either 19 or 20 years old, was in Northumberland County court on Tuesday.

Investigators say she stabbed 42-year-old Troy LaFerrara about 20 times in her parked car as husband Elytte Barbour held a cord tight against his neck from the back seat and then dumped his body in an alley. LaFerrara's body was found Nov. 12 in Sunbury. The couple has pleaded not guilty.

In an interview with the Daily Item in February, Barbour said she has killed at least 22 other people from Alaska to North Carolina in the last six years as part of her involvement in a satanic cult. Police are looking into the claims, which have so far not been substantiated.

On Dec. 2 and Dec. 3, Barbour voluntarily went to be interviewed at the state police barracks in Snyder County, Pa.

The Snyder County district attorney testified Barbour wasn't given a public defender during the interview because she wasn't under arrest or charged with anything.