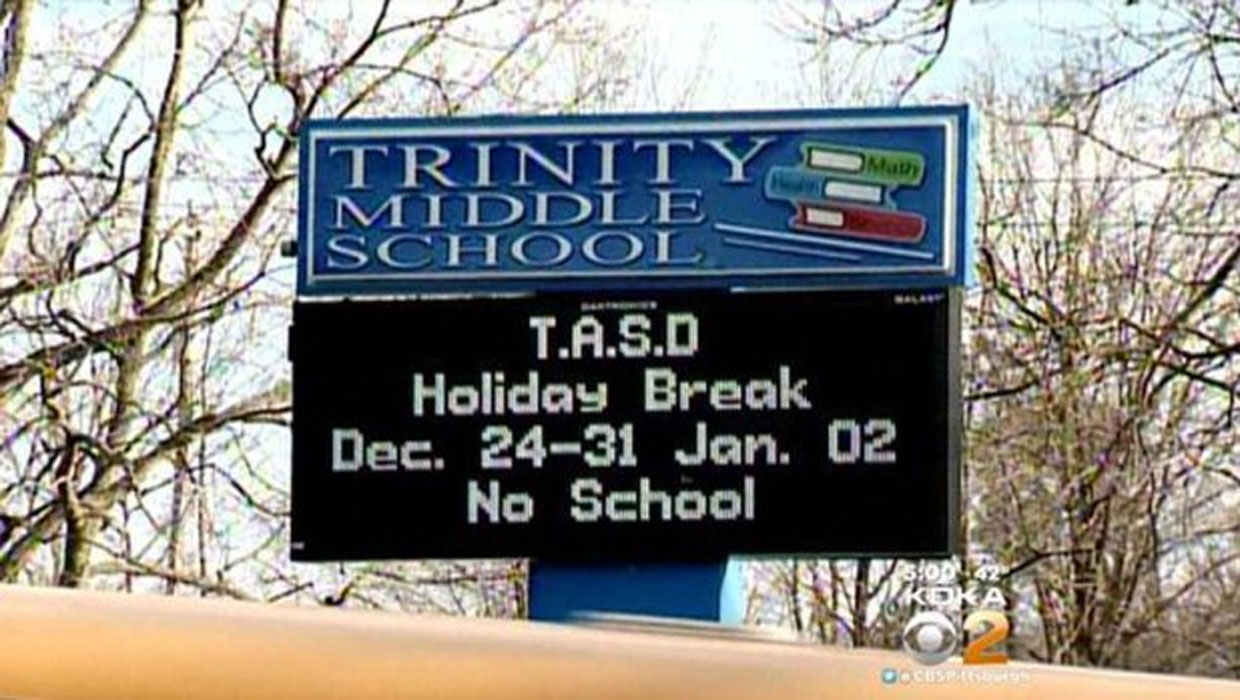 The boys, all students in the Trinity Area School District, allegedly posted pictures of themselves on social media with guns, saying that a shooting would happen at the middle school Monday, Dec. 22.

According to the station, the investigation started with one student, but police later found out there were four students involved.

"What went through my mind was it was a student who wanted to have an extended Christmas vacation and pulls that nonsense," one parent told the station.

But police took the threat seriously, increasing patrols at the school and sending a letter out to parents.

All four have reportedly been charged on multiple counts and are being held at Washington County Juvenile Probation.