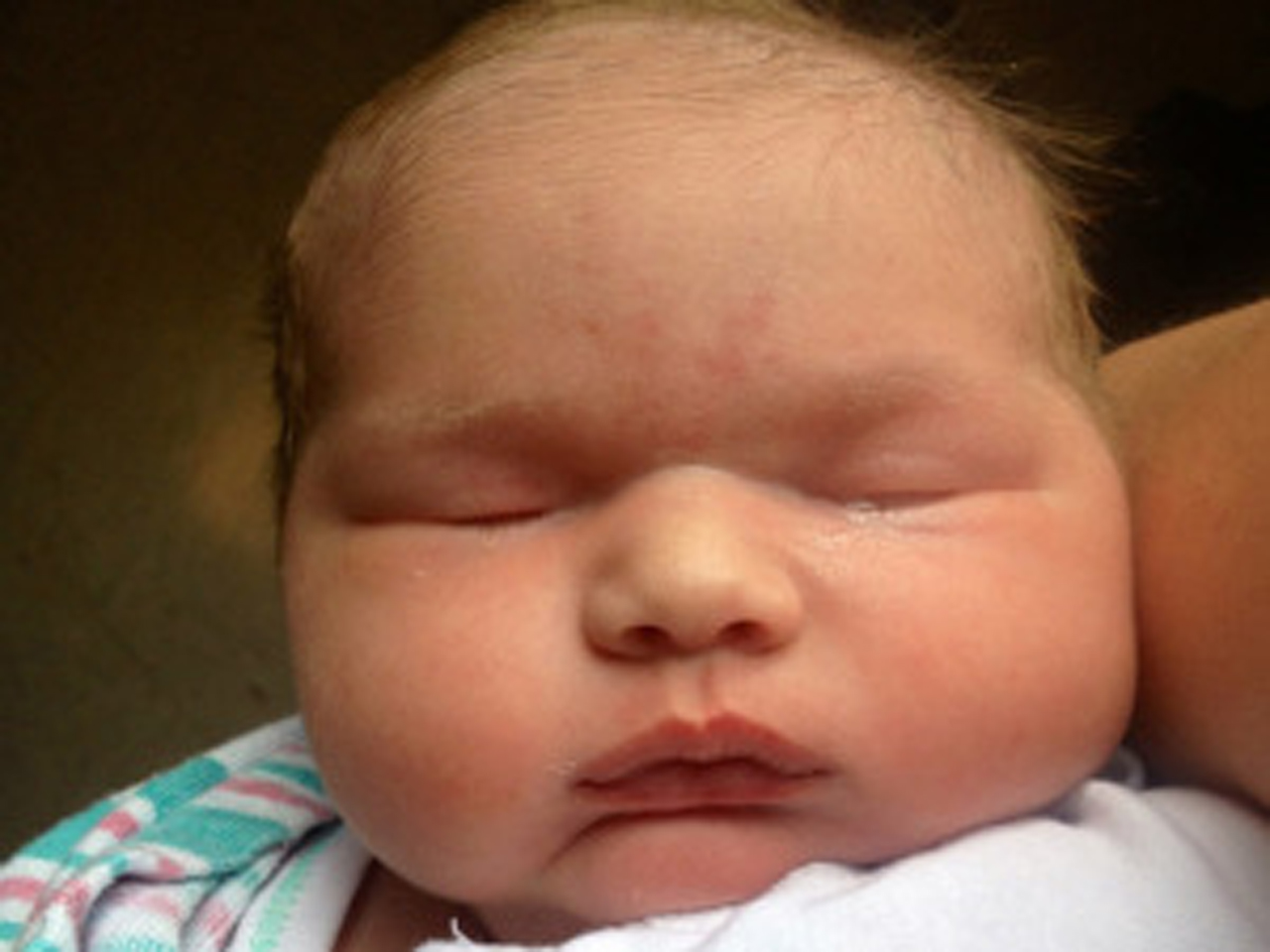 A new baby girl is tipping the scales at a Pennsylvania hospital.

Two doctors involved said they aren't sure if it's a hospital record, but they have never delivered a baby weighing this much.

The girl's parents, Michelle and Mark Cessna, told KDKA their other two children were big babies, so they were anticipating a large child -- just not this large.

"We knew we had a big baby, but not that big," Michelle told KDKA.

Mark added, "I was guessing about 10 pounds, I wasn't expecting this."

The 25-inch baby was delivered by C-section.

"I think as mothers, we all have that initial, oh my that must have hurt, and they're right. That's big," her physician, Dr. Yannie Narcisse, said.

The girl doesn't weigh as much as a British baby born this past Spring. Baby George King weighed in at a whopping 15 pounds, 7 ounces following his March birth.

Babies born in the top 10th percentile in weight -- usually between 9 to 10 pounds -- are considered to have macrosomia.

The condition could put a baby at risk for health problems after birth, according to the Mayo Clinic, including higher than normal blood sugar, childhood obesity, and metabolic syndrome - a cluster of risk factors that together increase the risk for diabetes and heart disease.

Risk factors for having a large baby include maternal diabetes, a history of having large babies, maternal obesity and being overdue.

Dr. Jennifer Wu, an OBGYN at Lenox Hill Hospital in New York City, previously told CBSNews.com that it is often hard to predict the size of a baby before birth.

"Ultrasound is not 100 percent," she said. "It's about 10 percent off, and it actually is more off if the baby is extremely small or extremely large."