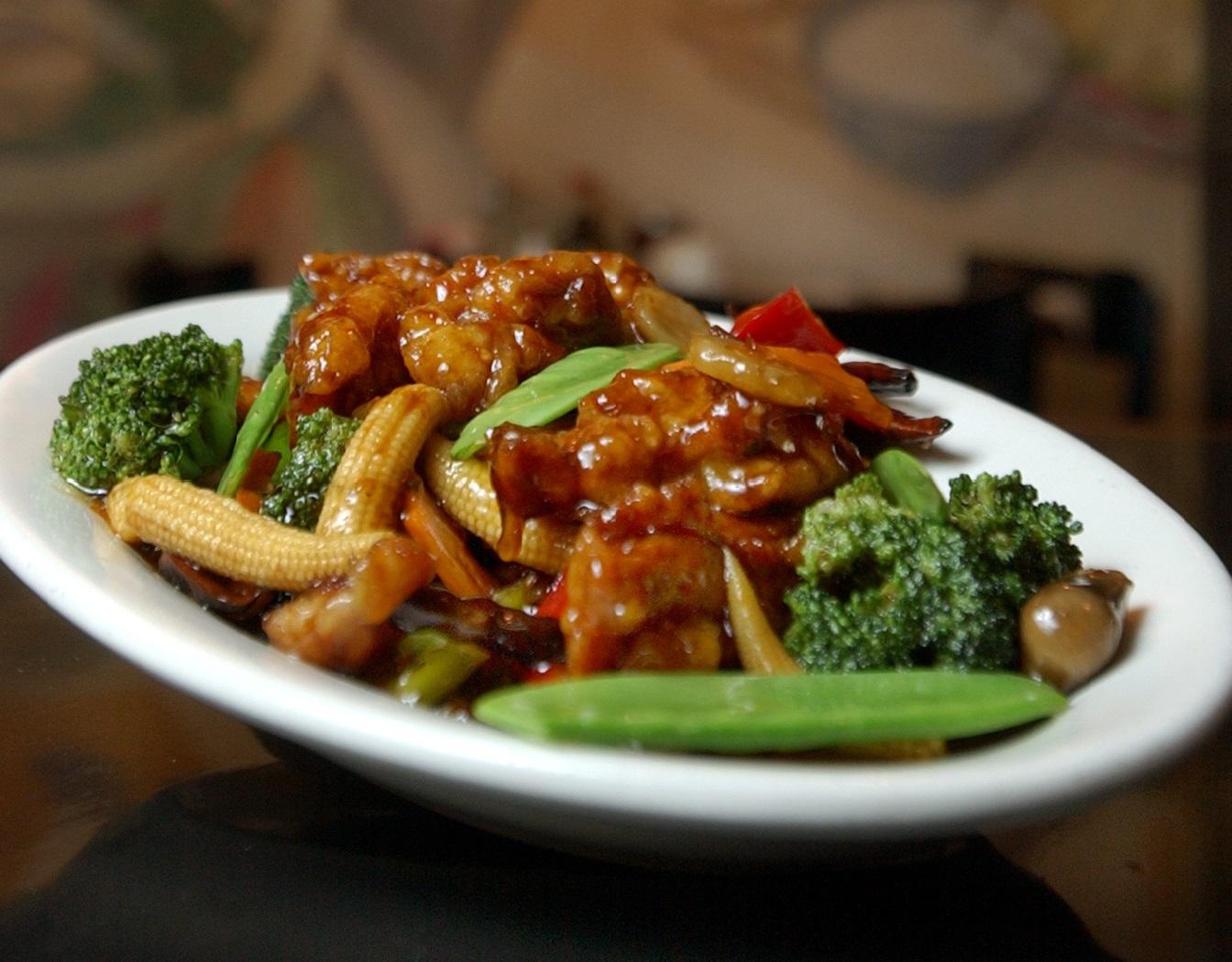 NEW YORK -- The chef credited with inventing General Tso’s Chicken, a world-famous Chinese dish smothered in a sweet sauce that was never a staple in China, has died in Taiwan at 98.

Peng Chang-kuei died of pneumonia last Wednesday in Taipei, his son, Chuck Peng, told The Associated Press. He was still cooking in the family’s Taipei restaurant kitchen just a few months ago.

Peng first brought the sticky, sweet and spicy dish to New York about 40 years ago.

It’s now on Chinese restaurant menus across the United States, exploding in popularity after President Nixon visited China in 1972. The dish also reportedly became a favorite of famed statesman Henry Kissinger, who with Nixon helped open the communist country to the West, spotlighting its culture and food.

But General Tso’s chicken was never part of the Chinese culinary tradition.

The chef created the dish in the 1950s in Taiwan, where he fled in 1949 with Chiang Kai-shek after the communists took over, said Chuck Peng, speaking from his home in Taipei.

In Taiwan, the chef helped welcome the commander of the U.S. Navy’s 7th Fleet in the Pacific with a banquet that included the new culinary creation named after a 19th-century Chinese military leader from Peng’s native Hunan Province.

By the 1970s, he was in New York running a restaurant named after himself near the United Nations on Manhattan’s East Side. Kissinger was a frequent guest, said Chuck Peng.

“General Tso’s Chicken is so famous because of Henry Kissinger, because he was among the first to eat it, and he liked it, so others followed,” said Peng.

Americans quickly took to what is now a mound of deep-fried chunks of floured chicken, smothered in sweetness that usually includes soy sauce, sugar, ginger and other spices.

In the dish’s first incarnation, the chicken reportedly was not fried, and its unsweetened flavor came from garlic, soy sauce and chilis.

The story of the delicacy is told in a 2014 documentary called “The Search for General Tso,” which traces the roots of Chinese food in America through the iconic dish.

Chuck Peng runs the family’s chain of 10 restaurants in Taiwan, all called Peng’s.

Until he was hospitalized a few months ago, his son said Peng was a daily presence at their flagship Taipei restaurant which opened after the chef left New York in 1983. The restaurant space on East 44th Street was later occupied by a steakhouse that also is gone.

“My father thought other people’s cooking was no good,” his son said, chuckling. “The way he cooked was different, it was much better.”

While he was “very good to other people, he was very hard on his family” - seven children from three mothers. “He was very demanding, he didn’t want us to make any mistakes.”

Some of Peng’s hundreds of students plan to attend his funeral on Dec. 15 in Taipei.