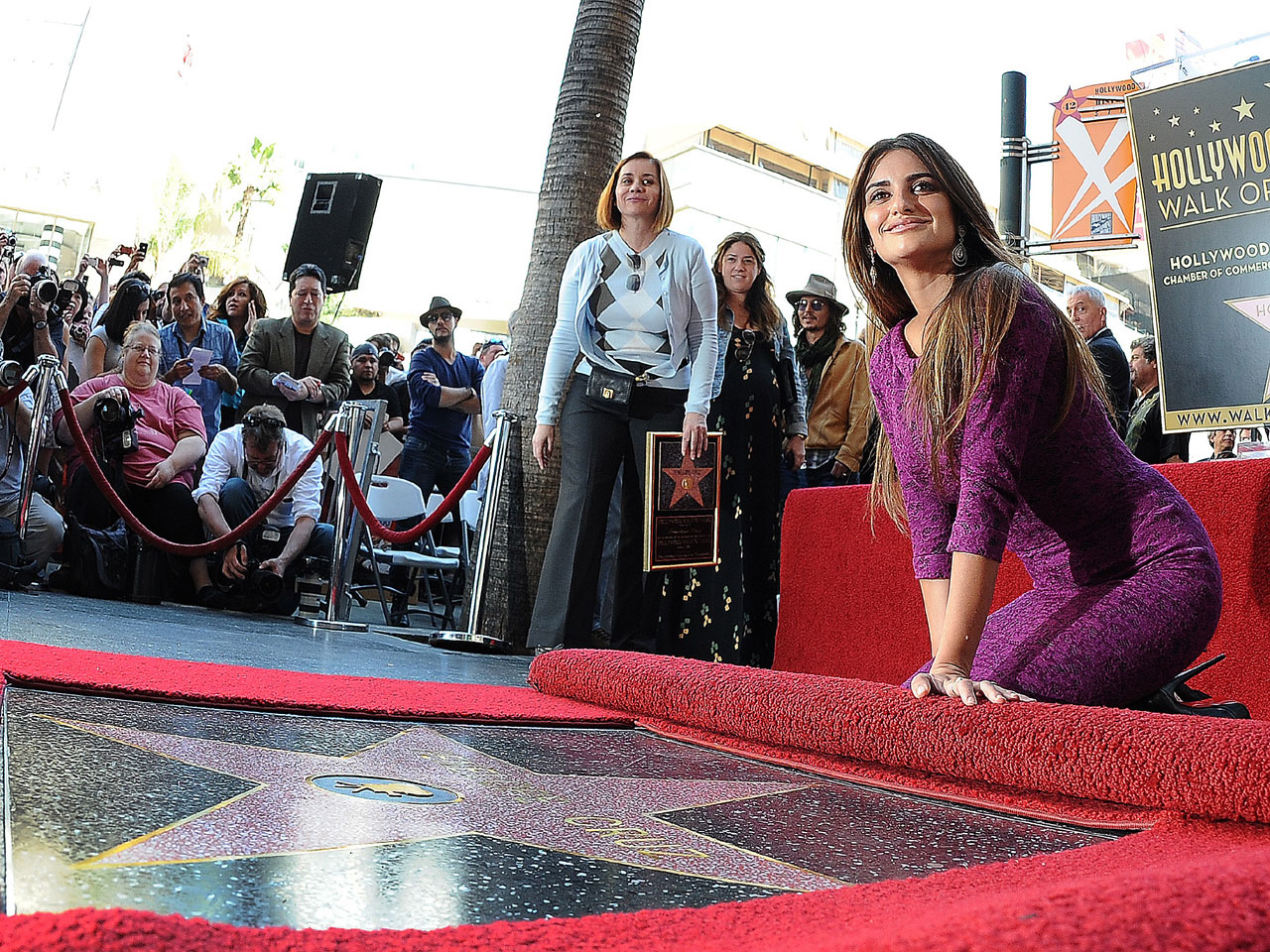 (CBS) Penelope Cruz was given a star on Hollywood's Walk of Fame on Friday.

The Spanish actress, wearing a purple dress and heels, posed for pictures next to her star (the famous walkway's 2,436th) during the installation ceremony. Her "Pirates of the Caribbean: On Stranger Tides" co-star Johnny Depp was on hand for the event, as was her husband, actor Javier Bardem.

Cruz won the Academy Award for best supporting actress in 2009 for her role in "Vicky Cristina Barcelona." She received two other Oscar nominations for her work in "Volver" (2006) and "Nine" (2009).

"Pirates of the Caribbean: On Stranger Tides," hits theaters on May 20. In the film, Cruz plays Angelica, the daughter of the pirate Blackbeard and the love interest of Captain Jack Sparrow (played by Depp).