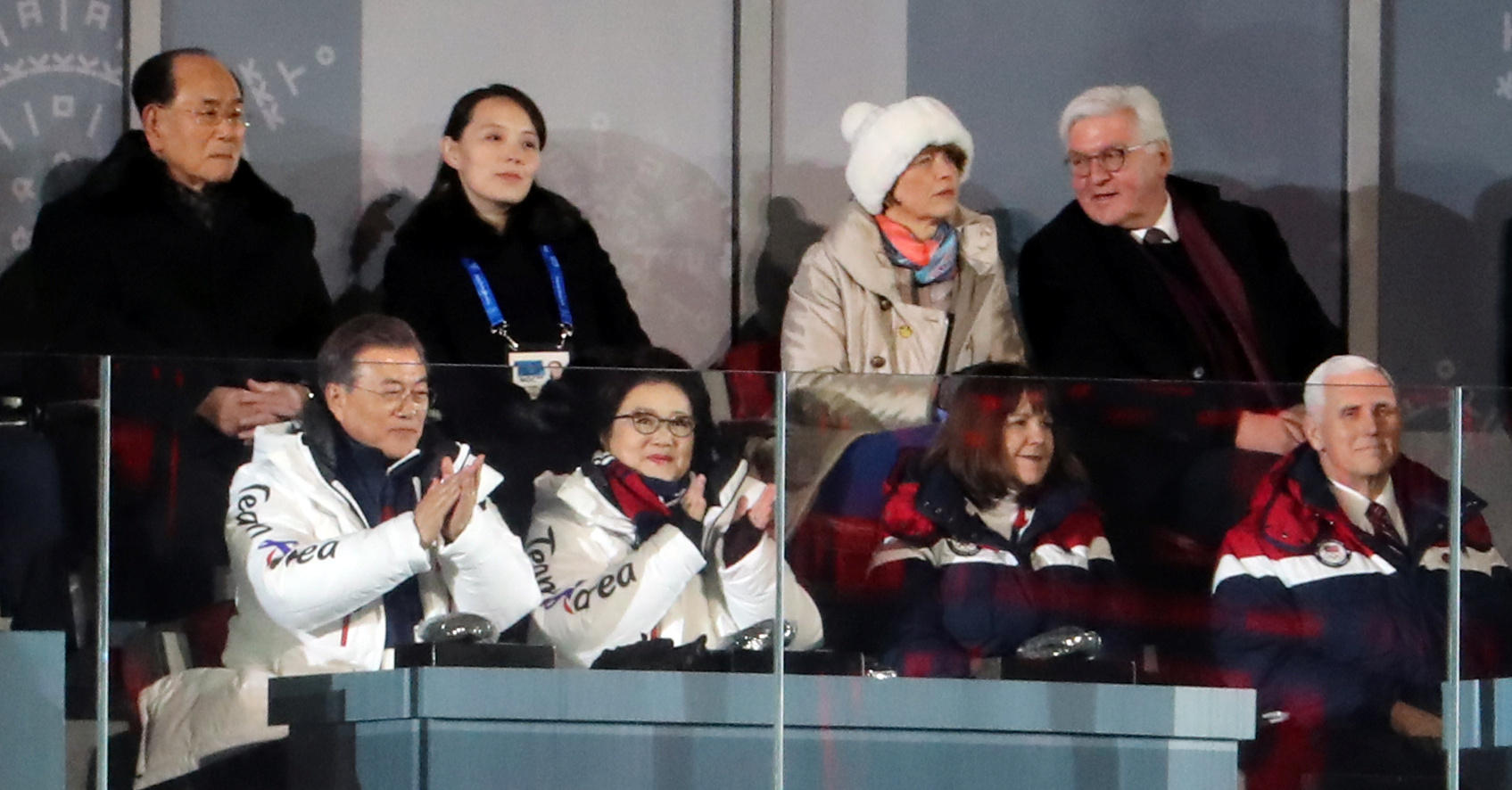 Vice President Mike Pence has signaled that he is open to holding talks with North Korea, a sign that icy tensions in the Korean peninsula are beginning to warm up, CBS News' Jackie Alemany has confirmed. While the U.S shows new openness to engaging with the regime, the administration has not changed its course of keeping the pressure on North Korean dictator Kim Jong Un.

In an interview with the Washington Post's Josh Rogin, on his way home from South Korea where he led the U.S. delegation at the Winter Olympics, Pence said that during conversations with South Korea's President Moon Jae-in, the U.S. and South Korea had agreed on terms for "further engagement" with the North. Such an engagement would be conducted first by the South Koreans and "potentially" with the U.S. shortly thereafter. But in the interim, the U.S. and allies would continue to pressure North Korea on denuclearization. This is, Rogin pointed out, differs from the prior position of the U.S., that the U.S. would only engage with the North if it made concessions on denuclearization first.

Just before departing for Washington, Pence said Saturday evening there was "no daylight" between the U.S. and South Korea, despite their different approaches to engagement with North Korea, evident during the Pyeongchang Olympic  Games. Moon had a luncheon earlier Saturday with the North Koreans, where he was invited by Kim's sister, Kim Yo Jung, for a summit meeting in the North. Pence on the other hand, avoided interacting with the regime altogether.

Moon however provided Pence with a readout of the historic luncheon between the North and South. On the flight home, Pence told reporters that he appreciated Moon's transparency and perspective on North Korea, but reiterated that the U.S. and South Korea would "continue to stand strong and to work in a coordinated way to bring maximum economic and diplomatic pressure on North Korea."

"[N]o pressure comes off until they are actually doing something that the alliance believes represents a meaningful step toward denuclearization," Pence told Rogin. "So the maximum pressure campaign is going to continue and intensify. But if you want to talk, we'll talk."

"I leave here very confident that we are going to continue to do the things we know have to be done to continue to pressure North Korea to abandon their nuclear ambitions," Pence also said.

Pence's remarks are in line with Secretary of State Rex Tillerson, who said in December that the U.S. was ready to talk to the North without preconditions.

"When do the talks begin? We have said, from the diplomatic side, we are ready to talk any time North Korea would like to talk. And we are ready to have the first meeting without preconditions. Let's just meet," Tillerson said at at the Atlantic Council in Washington, D.C.

Upon his arrival back to D.C., Pence tweeted that the U.S. policy on North Korea is "unchanged." He added that the president as said he "always believes in talking" but noted "there will be no reward for talks."

Pence also suggested that while potential talks could take place, "new strong sanctions are coming very soon" and the pressure on North Korea will "intensify until North Korea abandons its nuclear program."