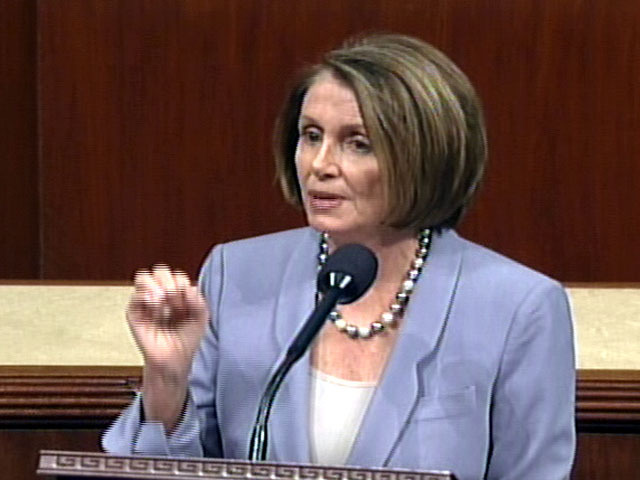 Democrats will only stop blaming former President George W. Bush for the nation's economic troubles "when the problems go away," House Speaker Nancy Pelosi (D-Calif.) said in an interview with MSNBC.

With House Democrats heading into a hostile midterm election season, Pelosi made clear that they will seek to associate Republicans with Bush administration policies that they say led to the current economic environment.

"It's their lack of supervision, of regulation, of discipline ... that caused recklessness on Wall Street, [that caused] joblessness on Main Street, people losing their jobs, their health care, their homes, their pensions, perhaps their children's higher education," Pelosi said in the interview. "Those were the policies of the Bush administration. We're not going back to that."

Democratic Senatorial Campaign Committee Chairman Robert Menendez (D-N.J.) told reporters yesterday that Democratic candidates for the Senate will use the same argument against their Republican opponents.

Republicans and some Democrats have expressed skepticism over the "blame Bush" tactic, however, particularly with respect to the question of to what degree it wears thin over time.

Yet the liberal activists say that Democrats -- and President Obama in particular -- have suffered politically by not explaining to voters that Republicans are to blame.

"The White House refuses to tell the American people why the American economy has gone into this ditch," Drew Westen, a political strategist and professor at Emory University, said recently at a liberal conference. He added critically, "The first time [President Obama] uttered President Bush's name was when he appointed him a special ambassador to Haiti."

Pelosi also said she believes Democrats will hold onto their majority in the House.

"I'm very pleased with how the primaries have been going in terms of the votes that my members have received," she said. "Looking at the other side and who the challengers are, I feel pretty good about it."