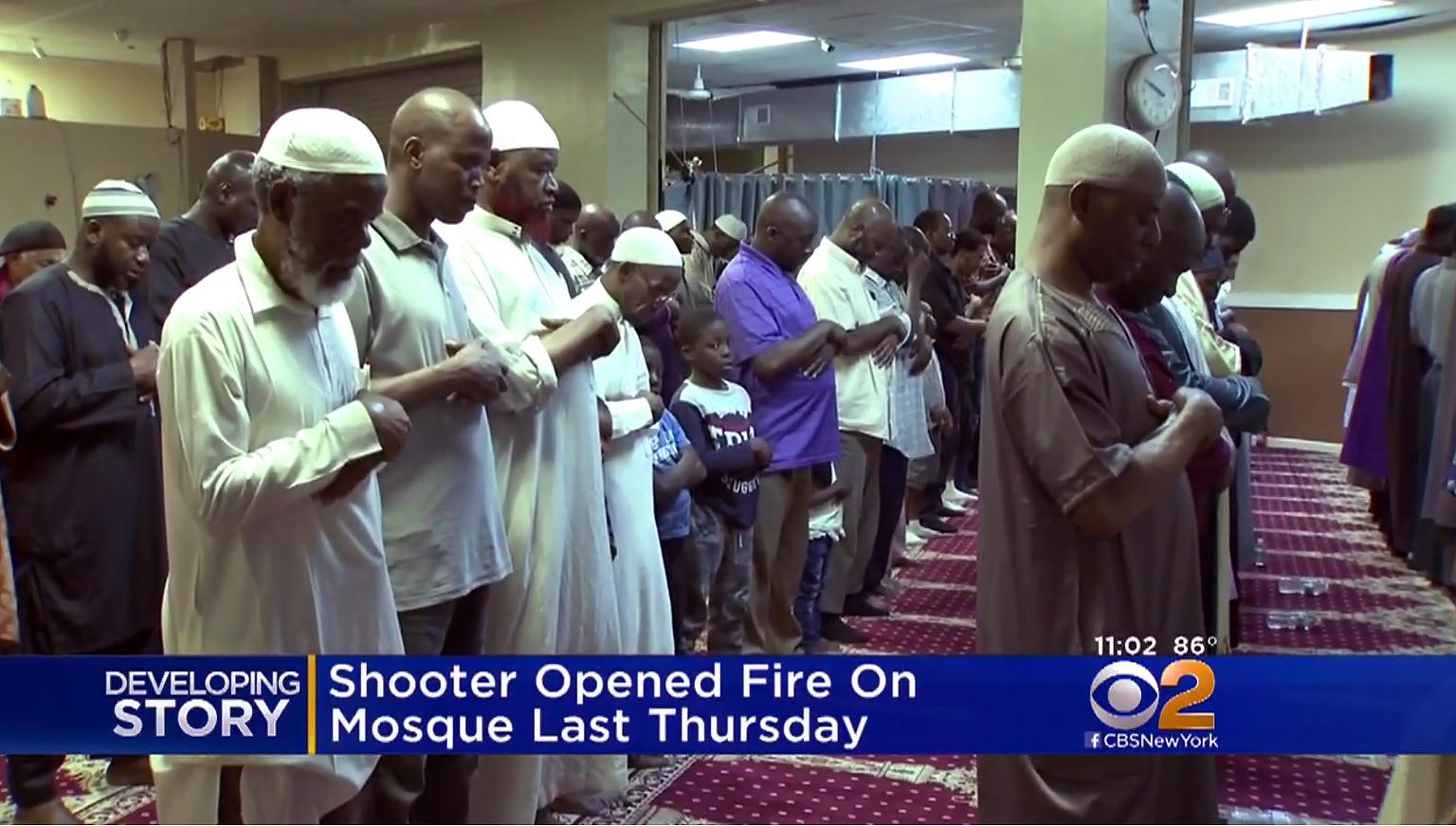 NEW YORK -- Police on Monday night were searching for a suspect who has taken multiple shots at a New York City mosque, CBS New York reports.

Masjid Ebun Abass has been a peaceful place of worship in the Bronx for a decade, but now some congregants are concerned for their safety.

Police stood guard outside the mosque as the Muslim faithful gathered for evening prayer Monday night. Musa Bokuma is hoping the night will end peacefully.

Last Thursday, Angelo Jordan Mustafy said he was with a group outside the storefront mosque when someone opened fire with what may have been a pellet gun -- shooting in sniper-like fashion.

Police believe the gunman may have been firing from a New York Housing Authority development across the street. One projectile left a hole in the mosque's gift shop window.

"I was out here setting up the rugs to get ready to pray. All of a sudden, I heard popping sounds," Mustafy said. "I see them come out and they were like pointing that direction. I told all the kids to get down here and go inside."

Police said the mosque was targeted at least twice last week as members celebrate Ramadan. On Friday night, someone shot at the front window as people prayed inside. No one was hurt.

But one Muslim man, who asked not to be identified, said someone shot his foot with a pellet gun as he walked home from prayer later that night.

When asked what he was thinking when it happened, he said, "Maybe because I'm Muslim?"

"Because I don't do nothing to nobody. I don't talk to nobody," he continued. "I'm walking my way and a bullet come and hit my feet."

So far, police have not called the incidents a hate crime.

Habibedu Trawally helps run the mosque and gift shop and is disheartened that his place of worship may have been targeted because of religion.

"It's possible, but we don't know that, because we been here 10 years," Trawally said. "We never have problems with nobody."

"I think it's just for fun," another member said. "It's probably young children; young teenagers."

In May, police said, a man standing in front of the mosque was shot with a pellet. Fortunately, he was not seriously hurt. But until the shooter is caught, people who worship and live in the area are worried the next possible victim might not be so lucky.