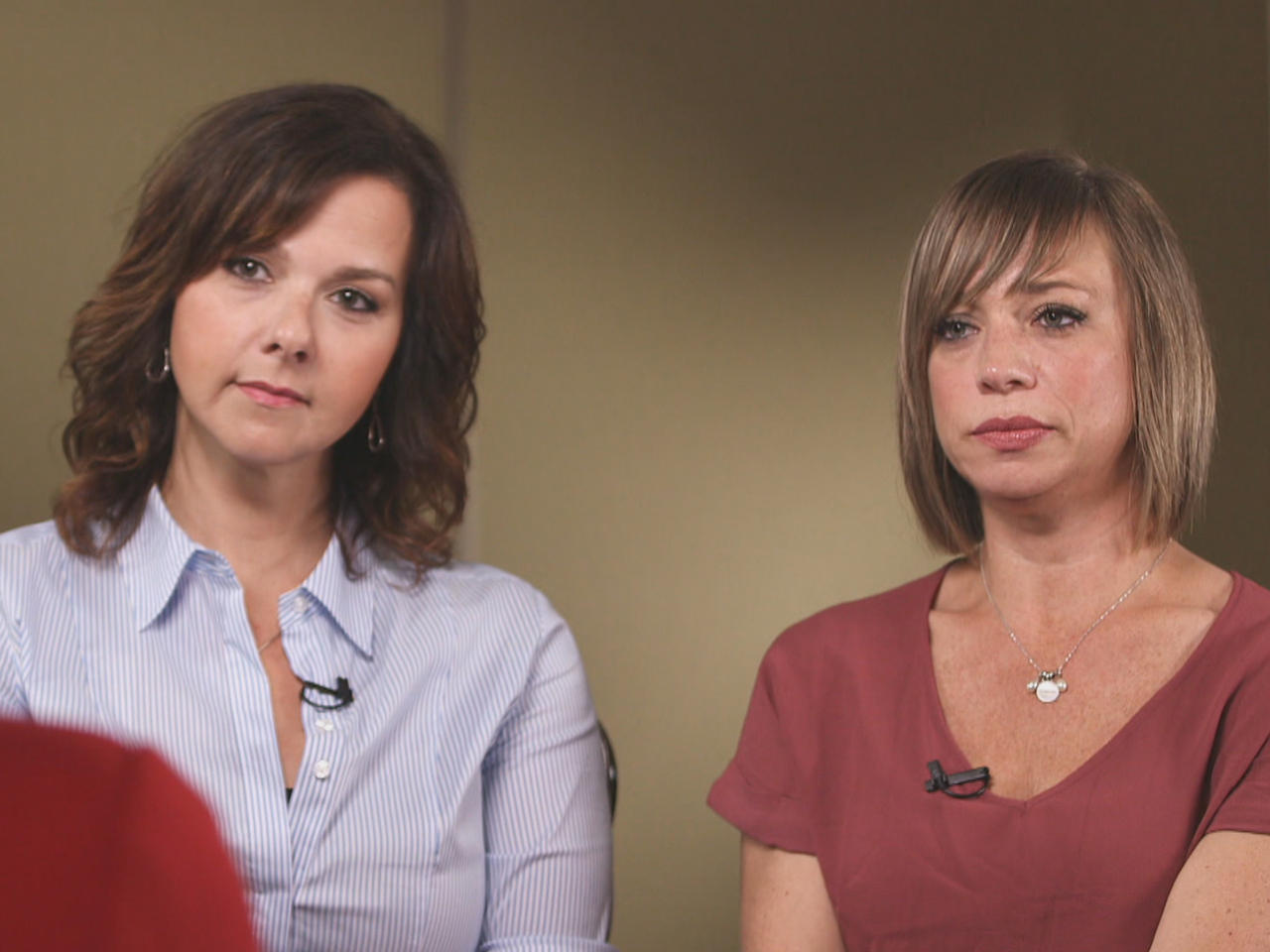 An Indiana community is demanding answers after recent testing revealed toxic airborne contaminants in some homes, including three chemicals linked to cancer. Many believe the contamination has led to more pediatric cancer cases in the area.

"We used our kids as the canary in the coal mine in our town," said Kari Rhinehart. For the Johnson County mother, this cause is deeply personal. In 2014, her 13-year-old daughter, Emma, was diagnosed with an aggressive form of brain cancer. Just three months later, she died.

"To say that I'm angry is an understatement," Rhinehart told correspondent Adriana Diaz. "I feel like I owe Emma to figure out what's going on."

Rhinehart teamed up with fellow mom Stacie Davidson. Her stepson, Zane, was diagnosed with leukemia in 2014. She and Rhinehart started an organization called If It Was Your Child. Together they've tracked dozens of pediatric cancer cases in their area.

They believe they have enough to be considered a cancer cluster.

"After Zane was diagnosed, there were nine children in 16 months diagnosed in the county," said Davidson.

She says Zane is one of the lucky ones; after three years of treatment, he's now in remission.

At least 79 children in Johnson County have been diagnosed with a rare form of cancer in the last 10 years. More than a quarter of those were in the town of Franklin alone.

But state health officials told the moms that there weren't enough cancer cases to be considered a cluster.

Davidson said, "We've been told constantly that there is no problem. It's just a coincidence, [or] it's bad luck."

But in 2015, they learned about a decades-old manufacturing site where the EPA says toxic chemicals leaked into the environment. In the 1990s, the EPA had the company who bought the land later, Amphenol, remove contaminated soil and a contaminated sewer system, and install a pump to remove toxic chemicals, including trichloroethylene (or TCE), which the EPA links to cancer.

"Contaminants don't see signs or see roads and say, 'Oh, I'll stop here," said Shannon Lisa. She and Bob Spiegel, from the nonprofit Edison Wetlands Association, recently tested the air quality in 14 homes near the former Amphenol site. Six tested high for toxins. One home, in one outdoor area, had levels of TCE that were more than 18 times Indiana's corrective action level.

"There's evidence that there are potential impacts to these residential areas far beyond a problem that the agencies had ever really explored before," Lisa said.

Some say health and environmental officials have denied there's a problem. They voiced their concerns at a recent community meeting.

"I want you to tell us how you specifically are going to be engaged more than the people who were here three years ago who just patted us on the head and told us to be quiet," said Zane's father, Matt Davidson.

One woman said, "We want transparency and we want honesty for our town."

At the meeting, state health officials said they've evaluated cancer numbers in 2015 and 2017, but closed their investigations when they determined a cancer cluster did not exist.

Now, they say they will partner with the CDC to investigate further.

Indiana State Health Commissioner Dr. Kristina Box told the community meeting, "So, they are actually going to go back and evaluate all the work that we've done in the past with regards to the cancer registry."

The state's Department of Environmental Management offered to retest two of the homes that tested high for TCE.

The EPA said they're working out an action plan for the former Amphenol site.

Joe Cisneros, the EPA Region 5 Chief for Corrective Action, said, "Back in the '90s we did our sampling, we investigated the site. ... This is kind of starting a little bit from scratch, but using the information we had from the past as to where contamination was found."

Davidson and Rhinehart want the EPA to do comprehensive testing in the city of Franklin, and they say nothing will stop them.

"Our key phrase right now is, not one more. Not one more child should have to go through what our kids have gone through," Davidson said. "They messed with the two wrong moms."

The Amphenol Corporation, which owned the land after operations on the property had ended, says it's been working with the EPA on this for years. It recently conducted additional ambient air testing, and found the results met EPA standards.

The EPA says it's working with the company on further testing, and the Indiana Department of Environmental Management is considering putting a permanent air monitoring system in Franklin.

The mothers "CBS This Morning" spoke to want hundreds of local homes tested.