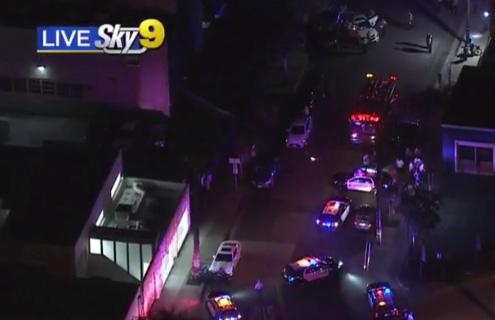 Officials say they don't believe the driver targeted the pedestrians.

It was unclear if alcohol was involved.

The Sheriff's Department said three people were transported to a hospital. All were expected to be OK.

The driver was taken into custody.

It was the first arrest related to the festival all weekend, authorities say.

A passenger in the car told CBS Los Angeles, "We were exiting the parking lot and he [the driver] basically hit a pedestrian. He just lost control. It just happened very fast," she said. "Everybody was just listening to music. Everything was happening very fast."

The passenger said, "The driver…everybody was doing a little drinking."

If his drinking was a possible factor, she said, "It could [have been]."