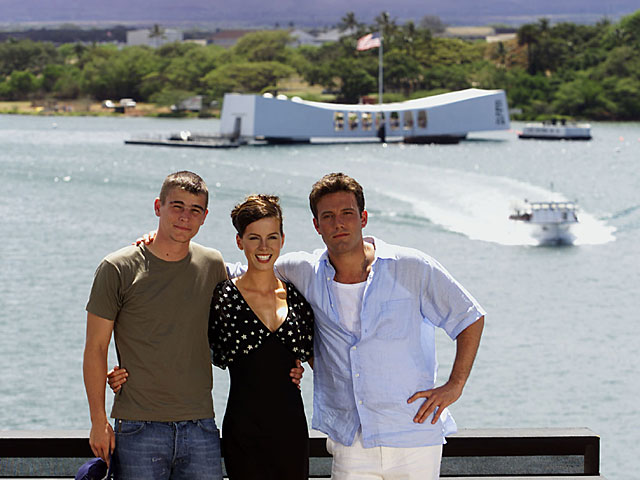 New York (CBS) The Japanese attack on Pearl Harbor, which took place 69 years ago on Dec. 7, 1941, has been brought to the big screen several times, most recently in 2001 with a Michael Bay blockbuster starring Ben Affleck , Kate Beckinsale and Josh Hartnett.

In that movie,called "Pearl Harbor," the Japanese attack on Pearl Harbor s seen through the eys of two childhood friends, both in the military , who find themselves stationed together in Hawaii and falling in love with the same woman. Bay's blow-'em-up style gives the attack a realistic edge that some of the older films lack.

The sentimental favorite, however, is "From Here to Eternity." The back-and-white 1953 classic, set in Hawaii in the days leading up to the attack, stars Burt Lancaster, Montgomery Clift and Deborah Kerr.

"Topa! Tora! Tora!," a 1970 dramatization of the attack, tells the story from both sides, showing U.S. blunders that allowed the raids to happen. The movie stars Martin BGalssam, Jason Robardxss, So Yamamura, Joseph Cotten and E.G. Marshall.